Host Norah was surprised to see Arjun Kapoor amongst the contestants of the show. 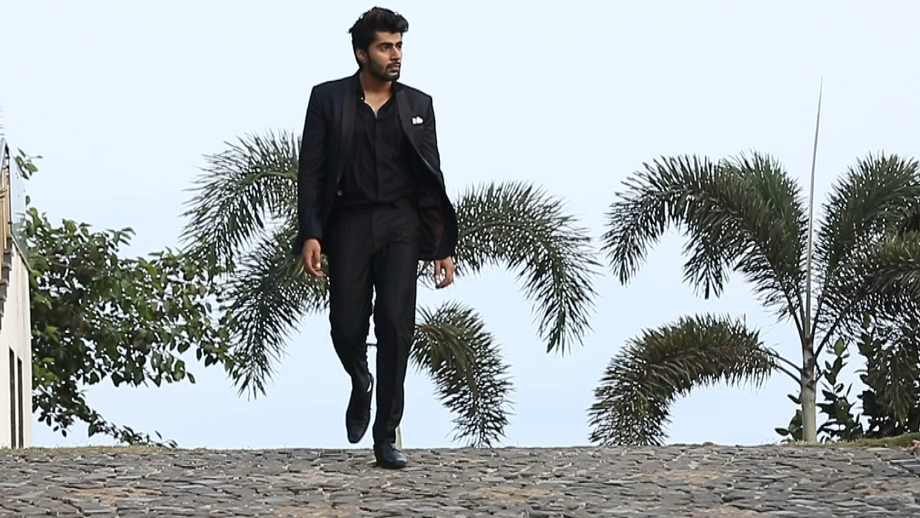 Over the years Arjun Kapoor has been linked to many a B-Town leading lady…including someone else’s leading lady as well (ahem!). So, one would have never expected this dashing young Kapoor khaandaan ka chiraag to venture onto a dating reality TV show to find love!

However, Nora Fatehi, who happens to be the host for MTV’s newest dating reality show with a dark twist, MTV Dating in the Dark was in for a surprise when she walked in on the sets of the show on Day 1 to meet the contestants and found none other than Arjun Kapoor amongst them.

Or, that’s what she thought until the contestant came forward and introduced himself as Mridul, a software engineer and blogger from Delhi who bears an uncanny resemblance to none other than Arjun Kapoor himself!

“At first sight, I was like…whhhat! Is Arjun shooting with us? I was shocked!!!! I had to do a double look ! he actually is a splitting image of Arjun Kapoor. Unbelievable!! I’m sure, at one point, everyone while watching is going to mistaken him for Arjun”, said Nora Fatehi.

In fact, Mridul looks so much like Arjun Kapoor that he even managed to gatecrash Virushka’s Delhi wedding reception without any hassle at all. So, Nora’s confusion on seeing him on the set was well founded and made for a rather entertaining first day on set for sure. As to whether the lookalike Arjun Kapoor turned out to be luckier in love than his more famous doppelgänger. That’s something to be watched!!