In all these years we have come across some of the best shows ever made. We loved them so much that we hated it when they came to an end. We too know two such shows and cannot choose between and here is where we need your help. 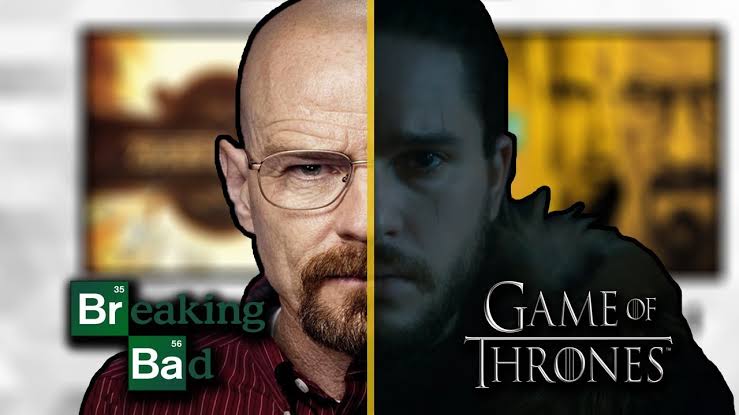 Breaking Bad was by far one of the most brilliantly made shows we have ever known. The show was loved ever since it first appeared on screen. Mainly due to its great story line, unexpected plot twists and amazing characters. Two of our favourite characters on the show were Walter White and Jesse Pinkman. The story revolves around Walter who gets diagnosed with cancer and gets into the meth making business to make sure his family is financially stable once he’s gone.

On the other hand we have one of the most loved series ever made, Game Of Thrones. The show was loved by millions of fans all over the world ever since it was first screened. This comes as no surprise to us knowing what a great story line, amount of suspense and splendid cast the show has. Some of our favourite characters from the show are Khaleesi and Jon Snow. The story revolves around the iron throne that many fight for while some assume it is inherited to them and the unexpected turns the story takes along the way.

We think both the shows are equally great and deserving of the title and cannot seem to choose between them. Here is where we need your help. So let us know below who you think should win this battle.