All funny moments from Indian Idol are here! Indian Idol is one of the iconic and oldest singing reality show on Indian television. The show has completed its 10th season. Also, it is one of the most popular singing realities shows in India, and has given a stage to some fabulous talent in the country.

Indian Idol is a television reality show that focuses on hunting for the best singers in the country. The auditions of Indian Idol always had crazy and absurd moments.

Some of the annoying yet funny scenes from the sets are:

This contestant walked into the room where auditions were happening while imitating Himesh Reshammiya. He was also dressed like a Bollywood singer. He called himself Devdas as he had gotten his heartbroken. He was not a good singer, according to the judges. One of the judges even asked him to stop, but he believed he should not leave any song mid-way. He was asked to sing again, and this time, two of the judges left as they could not take what was presented to them. The man even stole the certificate and ran away, making Anu Malik extremely angry. He was eventually grabbed by the guards.

A shirtless man once entered the sets of the Indian Idol auditions. He was dressed as Salman Khan from the film Pyaar Kiya Toh Darna Kya. He came in and started enacting one of the scenes of the actor. He fell on the floor and was completely in character. However, he was not a good singer according to the judges, and they asked him to leave in a very humorous way.

This incident happened at the audition for the latest season of Indian Idol. A man tried his luck on the television reality show. The man was so energetic that while he was performing, he was offered food and drinks so it would rejuvenate him. The judges even ordered some food to feed his energy. The man was loved by the judges for his energy, enthusiasm, and his ability to keep them engaged. However, he did not get selected for the next round. 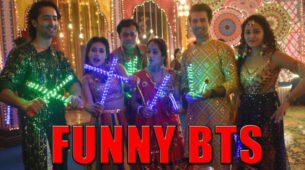