Divya Drishti has gained immense traction in just a few months of airing and we think it’s the star cast that’s reeling viewers in! Divya Drishti started airing on the television, on 23rd February, 2019 and it has been a rage ever since. It’s in the headlines for all the good reasons and is loved by the audience already. The story of this show revolves around two sisters Divya and Drishti and how their supernatural powers are at their best when they are together.

Let’s have a quick peak at the cast of this show, the actors behind these wonderful characters on the show:

Divya Drishti has been grabbing attention for it’s amazing storyline and all these characters who are mailing this show an absolute entertainment. We are totally mesmerised by how the sisters are pulling the show together with their acting chops, how their husbands have been portrayed so perfectly macho and yet supportive before anything else for the girls.

Thesubordinate cast is also doing their absolute best to add-on to the talent of this show. Every actor has a very defining and path breaking role to play in Divya Drishti, no matter how small or big. 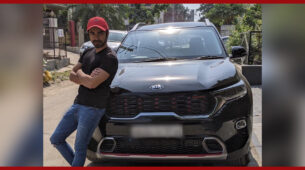