Which is your favourite cast - Mahabharat or Ramayan? Ramayan and Mahabharat, the epic shows returned on Television. The lockdown was announced in order to contain the spread of Coronavirus, all the shows in the country have been stalled. Later, the decision of bringing back the old shows was taken. Now, these shows are heavily watched by the viewers.

DD National started re-telecasting the epic show of Ramanand Sagar, Ramayan. Ramayan is an Indian mythological television series which aired during 1987-1988 and became a household staple. It was a television adaptation of the ancient Hindu epic and is based on Valmiki’s Ramayan and Tulsidas’ Ramcharitmanas. The show starred Arun Govil as Lord Ram, Deepika Chikhalia and Sunil Lahri as Sita and Lakshman, Dara Singh played Hanuman, Arvind Trivedi played Ravana.

On the other hand, Mahabharat is a television series based on the Hindu epic of the same name. The Mahabharat serial cast is huge and it commenced from October 2, 1988, to June 24, 1990, on DD National. Produced by B.R. Chopra and helmed by Ravi Chopra, the much-acclaimed series unfolds the story of the feud between the Pandava princes and their cousins-Kaurava princes. The cast of the show includes Nitish Bhardwaj as Krishana, Roopa Ganguly as Draupadi, Puneet Issar as Duryodhan, Mukesh Khanna as Bheeshma, Gajendra Chouhan as Yudhishter, Gufi Paintlal as Shakuni.

Which is your favourite cast? 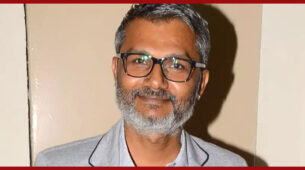