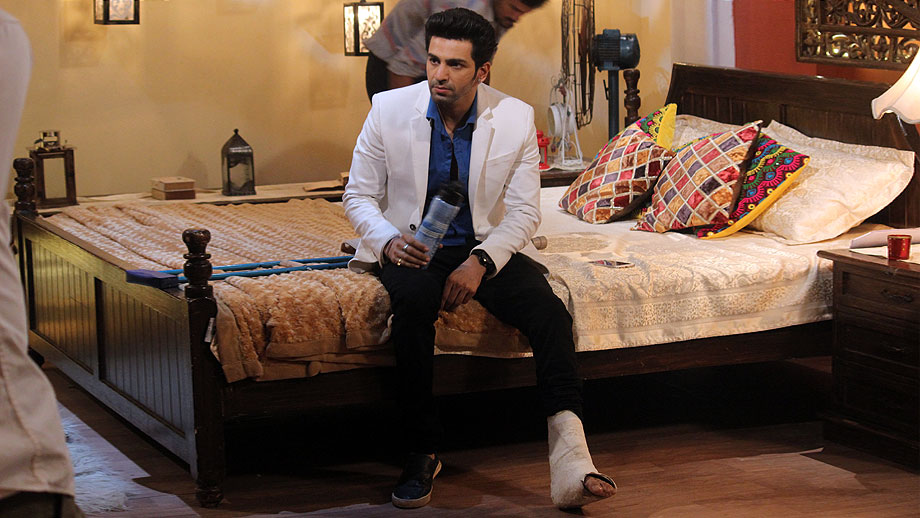 &TV’s popular social drama, Waaris has been entertaining viewers through its bold concept and intrigued storyline.  The love story of Preet (played by Farnaz Shetty) and Raj (played by Neel Motwani) has found a place in the hearts of the viewers within a very short span of time. The actors of the show are leaving no stone unturned to keep their viewers glued to the television screen. During one such effort, the lead actor of the show, Neel Motwani injured himself.

Neel is often appreciated for his dedication and acting skills by everyone. Recently while shooting for an important sequence, Neel has not only proved that he a great actor but also a caring costar.  While shooting for Preet’s birthday party sequence, Simmi (essayed by Farhina Jarimari) was about to injure herself from a nearby pillar that was on the verge of falling on her. As a doting costar, Neel came for her rescue and, quite heroically, saved her from getting injured but in that process Neel injured himself as the pillar fall on his leg.

Talking about the incident, a source close to the set revealed, “Neel always wants to give his hundred percent while giving a shot. While shooting for a sequence he saw a pillar is about to fall on Farina and immediately jumped to help her hence injured his leg. He was advised a cast by the doctor as the injury was serious. Neel like a true professional didn’t cancel the shoot and completed the whole sequence.”

Due to this unfortunate incident, the production house had to rewrite some scenes wherein there was very little or no movement involved from his side.