Old pals, designer Manish Malhotra and actor, producer Sanjay Kapoor come together to design the latter’s wedding outfit for his TV show Dil Sambhal Jaa Zara. The actor who has made a comeback on the small screen after a decade is leaving no stone unturned to deliver his best on the show.

Sanjay Kapoor has been receiving accolades for his performance as Anant from friends and family like brother Anil Kapoor, Sonam Kapoor, Karan Johar and more. The actor has put in a lot of efforts which is seen on the screen. The show will soon witness a wedding sequence and Sanjay approached his pal Manish Malhotra to design his look. The two were last spotted together at Manish Malhotra’s show in Dubai.

Watch Sanjay Kapoor in a Manish Malhotra outfit in Dil Sambhal Jaa Zara Mon-Fri at 10:30pm only on STAR Plus 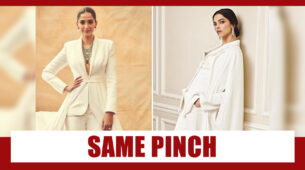