Tu Sooraj’s track shot abroad will be interesting to watch!! Loyal fans of Star Plus’ popular show Tu Sooraj Main Saanjh Piyaji (Shashi Sumeet Productions) will now enjoy the beautiful locales of Bangkok and Thailand with the track headed for an interesting twist in the foreign land!!

As we have reported earlier, Uma (Avinesh Rekhi) who was sentenced for 10 years imprisonment for killing Paulomi (Madhura Naik) with the usage of a wrong medicine that he had made, has now decided to go to Bangkok to get to the truth of Massi (Sadiya Siddiqui).

Audience will be shocked and astonished to see Massi’s true color out there!!

It will be shown that Massi is a big shot who owns a very reputed pharmaceutical company in Bangkok. She would be on the verge of getting awarded for a new medicine that she has made!!

And this medicine will be the same that she stole from Uma.

We hear that there will be huge drama shown at the Award Ceremony that would be organized to felicitate Massi.

The turning point in the story will be whether Uma and Kanak (Rhea Sharma) will be able to expose Massi during the ceremony or not!!

Are you are geared up for the interesting Bangkok track? 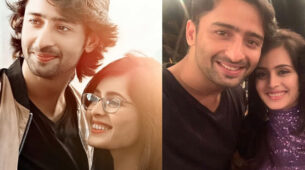