Gathbandhan the Colors show will see huge drama with Raghu giving Dhanak a shock of her life by handing over divorce papers. Gathbandhan the Colors show produced by Jay Productions has seen quite a lot of drama with the love-birds Raghu (Abrar Qazi) and Dhanak (Shruti Sharma) going through huge problems soon after their marriage.

With Dhanak arresting the entire family for the drug case and the police force brutally beating up Maayi (Sonali Naik), Raghu now harbours nothing but hatred for Dhanak.

The story of Gathbandhan hangs precariously with Raghu disliking the very sight of Dhanak. However Dhanak though shocked to see this change in Raghu, finds herself determined to win back his love.

However, there is more drama to come before the love birds can get together again, is what we feel.

The family of Raghu will soon organize the Gondhal ceremony, a ritual that is conducted by newly-weds in Marathi culture.

However, Dhanak will get a shock of her life, when soon after the Gondhal ceremony, Raghu will give her a shocking gift, which will be the divorce papers.

Raghu will tell Dhanak to sign on them and get him relieved of this pain called marriage.

As per a reliable source, “Dhanak will be shocked and will refuse to accept that Raghu wants divorce even when he will hand over the papers to her.”

How will Dhanak react? Is this the end of Raghu and Dhanak’s love story?

We buzzed actors for further information, but could not get through to them. 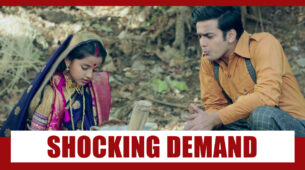 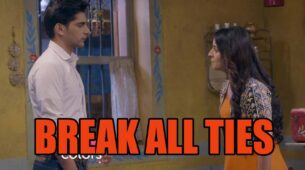 Shubharambh spoiler alert: Rani to break all ties with Raja