Naagin 3 which completed its one year on 2 June has been the best show in its supernatural genre. So why is it the best show? Naagin 3 the successful supernatural show on Colors produced by Balaji Telefilms had an engrossing run and just missed the one year mark by a week!!

And this is indeed a huge achievement considering the genre and the intricate story telling needed for such kind of shows to prosper.

What if the show missed the 1 year mark by a whisker? They can rejoice, for the show has done stupendously well on the ratings chart throughout its run.

Well, we decided to run a poll to see what the loyal viewers of the show think.

The sheer magical romance of leads Mahir and Bela

The well-knit story telling did its magic

The great ensemble cast put together a fabulous performance

Get ready to cast your cote now…

The best in the supernatural genre

Certainly remarkable of Naagin 3 to have completed its one year feat!! 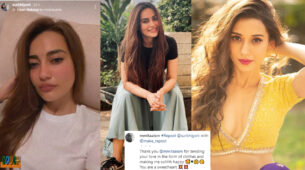 Who is the special person Surbhi Jyoti is calling 'sweetheart' on social media? 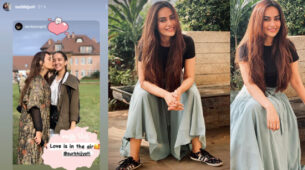 Love is in the air: Surbhi Jyoti's adorable cheek kiss for someone special goes viral