As per the plot, Suyash (Dishank Arora) goes to pick Falguni and they reach Rawat Mansion, Falguni holds Suyash’s hand in front of Uttara (Pallavi Pradhan) which makes her angry.

In the coming episode, Falguni will cook for Suyash and decide to carry his lunchbox to office. When she will see Suyash worrying about the workers not working, she will promise to solve the matter if he would eat the food she cooked. He will agree to do the same.

Later, Uttara will see the servants taking the sewing machine into the house, she will address it as garbage but Falguni would insist on resuming work. Much to everyone’s shock, Suyash will support her decision and Uttara will lose her temper.

What will happen next? Will Falguni manage to win Suyash’s heart? 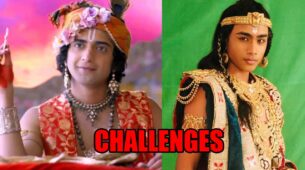