Meenakshi will take the big decision of getting Kunal married to Mishti and not Kuhu in Star Plus’ Yeh Rishtey Hain Pyaar Ke. Rajan Shahi’s banner Director’s Kut has come up with a flying start yet again with the new show Yeh Rishtey Hain Pyaar Ke on Star Plus.

The first week rated huge (2.5 TVR) with the story moving at a very fast pace.

The second week will start with the big twist of Meenakshi (Rupal Patel) taking her decision of getting Kunal (Ritvik Arora) married to Mishti (Rhea Sharma) and not Kuhu (Kaveri Priyam).

Yes, this new promo that is on air right now has really shocked viewers!!

Well, as per the plot, Kuhu has a huge attraction for Kunal. And Kunal who has found solace in Kuhu’s words of moving on by forgetting the past, is inclined towards marrying Kuhu now.

At this juncture, Meenakshi will see a picture of Kuhu wearing the ear-ring that the girl preaching Ketki in Kutch was wearing. Also, Kuhu’s bindass dance during Holi has not gone down well with Meenakshi.

On the other hand, she will find Mishti really amicable and pleasing for Kunal. With Kunal being the silent guy that he is, Meenakshi will feel that Mishti will make a better match for Kunal than Kuhu.

And above all, Meenakshi will think in the mind that it will be easier handling Mishti as the bahu in the house.
With all this in mind, Meenakshi will openly tell Maheshwaris of her decision of getting Kunal married to Mishti and not Kuhu.

As per sources, “Meenakshi’s approach of rejecting Kuhu and accepting Mishti as her bahu will not go down well with the Maheshwaris. It will be a shocker for the entire Maheshwari family, considering that Kuhu, the daughter of their family would get rejected in this manner.”

On the other hand, Meenakshi will return home and announce her decision to one and all, which will again shock all.
We also hear that Kunal will for the first time get angry at his mother’s behaviour and approach.

At the same time, Kunal will be stuck by the fact that he would have given a promise to his mother earlier, when he had broken up with his girl friend, that he will get married to the girl of her choice.

Where will this development take the growing equation of Abir and Mishti? 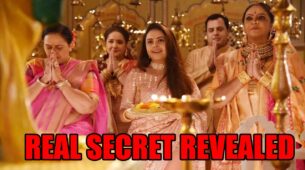