In Choti Sarrdaarni written update 20th March 2020 episode, Sarab calls everybody to show the video but flashback shows Harleen deleted it. Sarab learns about Ginny’s abortion and goes to Kulwant house to talk to Meher about it. The episode begins with Dolly getting the blackmailer’s call and he demands 2 crores or he will sell the pictures to the other party. She tells him she doesn’t have money. Sarab calls everybody to the living room to show the video but doesn’t find it. Harleen asks him to show the video. A flashback shows Harleen telling Sandhu that she will delete the video and then she manipulating Param to unlock Meher’s phone and deleting the video. Harleen tries to blame Meher again.

Sarab says he trusts Meher and Harleen says in disbelief that how can he trust her even after what she did. Sarab says Param sent the messages but she says he can’t blame an innocent kid. Sarab tells Mini that Peri has a girlfriend. Mini says every family has some past, even Ginni was pregnant. Harleen and Sarab get shocked and he asks if Kulwant knows it. Mini says no and Harleen asks Sarab to tell Kulwant and see if she agrees to the marriage then. At Kulwant house, everybody is happy with the wedding rituals. Meher and Amrita talk about Sarab and also Peri’s video. Amrita teases Meher and just then Jeeto tells that Sarab is here. After some fun, Sarab tells Meher that he needs to talk. 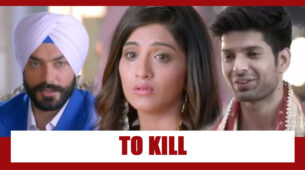 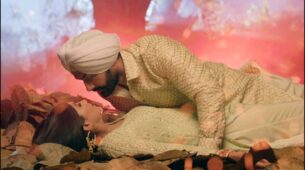