Ek Bhram Sarvagun Sampanna 17 June 2019 Written Update of today’s episode we see how PK gets suspicious and checks on the footage and finds the truth. 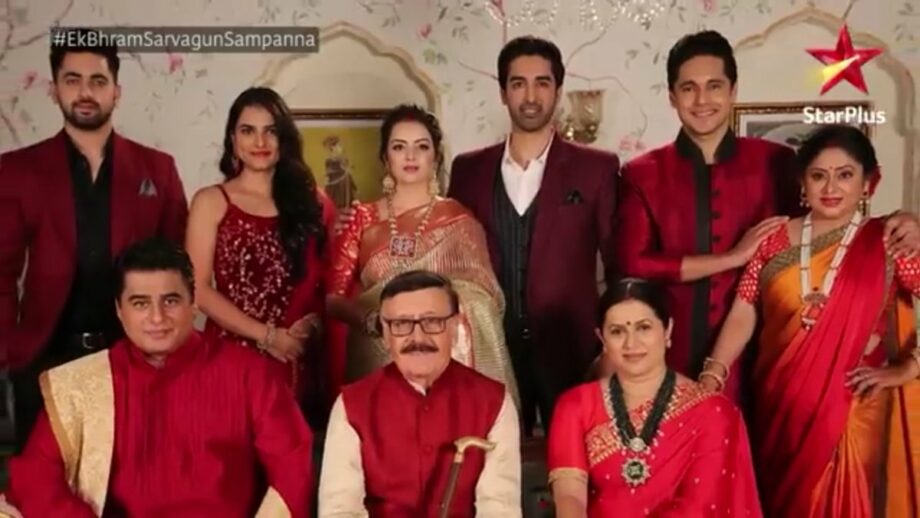 Today’s Ek Bhram Sarvagun Sampanna 17 June episode begins with Jahnvi (Shrenu Parikh) telling Ishani that she was going home and told PK that she was feeling pain in her bullet injury. PK returned and asked what happened. She acted and said she was having pain, so she was going home. He asked her to take driver along, he will inform family. Urvashi served juice to family and asked where Ishani, Jahnvi and PK were. PK returned with Ishani and informed that Jahnvi was feeling pain, so she went home. Kavya said she will also go home to be with Jahnvi. PK permitted. Dhruv said even he will go home.

PK said let whole family go home and waste Urvashi’s prepared food and her effort. Family stayed back. Ishani messaged Jahnvi that Kavya (Tanvi Dogra) was returning home. Jahnvi entered PK’s room and opened his locker to find Manohar’s files and not evidence against her. She thought Manohar was wrongly blackmailing her without any proof against her. She got Ishani’s message that Kavya was returning home and tensely closed locker back. Kavya entered home and walked towards Jahnvi’s room. Jahnvi called on landline and waited for Kavya to pick it.

Kavya headed towards landline phone when Ishani tried to rush to her room and keys fell down. Kavya turned. Jahnvi acted as coming out of her room and asked Kavya what she was doing there instead of enjoying dinner party. Kavya asked how she was now; she heard she was having pain in her bullet injury. Jahnvi said she was fine now and yawned. Kavya asked her to go and rest.

Raghav returned home and asked Urvashi if PK’s family left. She said yes. He revealed that he gave only Manohar’s files to PK and hid 1 file which has Dr. Ashok Sharma’s daughter Pooja Sharma’s details who was still alive; he knew Pooja Sharma and her sister were alive and did not burn with Ashok Sharma but hid this fact from PK, photo was missing Pooja’s file and he could not see her present face.

Urvashi suggested him to hide this fact as they cannot trust PK. Dhruv returned home and showed his concern for Jahnvi. Jahnvi angrily shouted she was fine and pushed him. Dhruv said he cannot understand her at all, sometimes she got romantic and sometimes got very rude. In kitchen, Kavya prepared burnt rotis for herself reminiscing Chanda insulting her. Kabir entered and insisted her not to have burnt rotis, but she resisted. He ate burnt roti. PK watched CCTV footage of someone entering his room and opening locker. Jahnvi walked to him and asked if he did not sleep yet. He showed her CCTV footage. The written update of 17 June 2019 Ek Bhram Sarvagun Sampanna episode full story ends here.

In the upcoming episode of Ek Bhram Sarvagun Sampanna, watch how Kabir questioned PK if the girl in the video was Kavya but PK says it is Janhvi. Stay tuned!