Guddan Tumse Na Ho Payega 6 June 2019 Written Update of today’s episode we see how AJ is in danger because of a snake but Guddan saves him risking her own life. 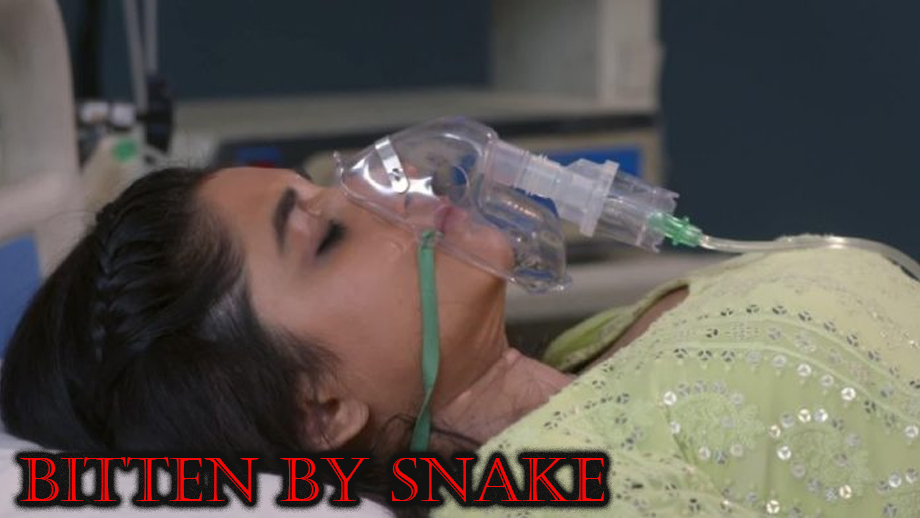 Today’s Guddan Tumse Na Ho Payega 6 June episode begins with Guddan (Kanika Mann) rushing to rescue AJ (Nishant Malkani) from the poisonous snakes. She attracted the snakes towards her and away from AJ. She threw a bed sheet on the snakes and went to untie AJ. Meanwhile, Angad broke free from the ropes and tries to beat up Parv.

However, Parv managed to push Angad away and shot Angad injuring his arm. AJ heard a gunshot wound and woke up. Guddan tried to take him out of the room but the poisonous snake bit her. Guddan told Parv that before 10 minutes were even completed.

Parv tried to shoot Guddan too but AJ stepped in and beat up Parv. The police showed up and arrested Parv and AJ promised to give him life in prison. Guddan is happy that she saved everyone but because of the snake bite she fainted in AJ’s arms. Lakshmi noticed the snake bite on Guddan’s leg. AJ tried to suck the poison out of Guddan’s body but it didn’t work. He decided to take Guddan to the hospital himself. Angad required medical attention as well because of the flesh wound.

When they reached the hospital the doctor told AJ that Guddan’s entire body had gone blue and it might be too late. AJ panicked and begged the doctor to do everything he can to save Guddan. Meanwhile, the nurse showed up and asked AJ to take medicines because he was affected by the poison too.

In the upcoming episode of Guddan Tumse Na Ho Payega, we see AJ professing his love for Guddan as her life slips away. Stay tuned!