In today’s episode of Kasautii Zindagi Kay we see how Prerna is in the lockup and Anurag does everything he can to help her. Komolika on the other end is hell bent on stopping Anurag by threatening him and having Anurag all to herself. 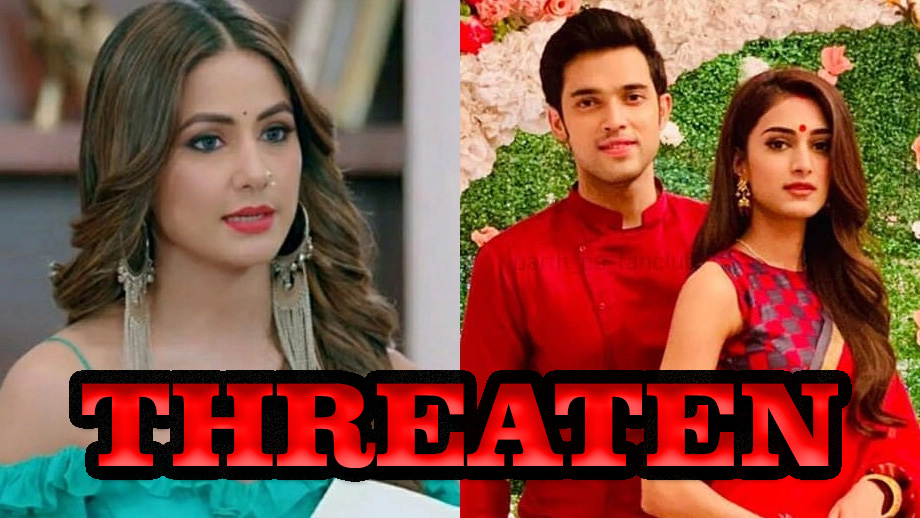 In the beginning of this episode of Kasautii Zindagii Kay, we see that Prerna has been taken to the lock-up and Anurag is now on his way there. She is sitting there recalling his words and wonders how it got so complicated. Anurag on the other hand is recollecting Komolika’s words where she threatened him saying Prerna will bear third degree torture if they reunite. Anurag decides to avoid that from happening.

Veena comes to Shivani why she is crying and she says she loved the wrong man and that Ronit threatened them. Veena says she realized her mistake which is why Veena forgives her and promises that no harm will come on her.

Nivedita says we are celebrating tonight. Komolika suggests to call them all even when Mohini says it is already late, don’t forget to invite your friends, they said Prerna is Anurag’s wife, she wants to prove that she is his wife and that her real Grahpravesh will happen today. She recalls her friend’s words and says everyone should know she is his, to which Mohini agrees and says she will start arrangements.

Komolika is all geared up to decorate the room for suhagraat and Veena promises to help her out and keep Ronit at bay. Anupam says Shivani has heard it right, Prerna has been arrested. Veena shouts to Shekhar. Anupam sees Komolika doing arrangements. She asks Anupam to come in and accuses him of always supporting Prerna. He says it’s not true and that he is on her side. But Komolika asks him to get out and he leaves, after which she finally calms down.

Prerna is hurt and in tears and this is when Anurag tries consoling her by expressing his true feelings. He admits that he could do anything for her love and sacrifice whatever is needed.

Prerna is still in denial to which Anurag finally says he will explain the drama and reasons behind him marrying Komolika. When the inspector interrupts, Anurag gets the pandit to prove that he is indeed married to Prerna and all this was a trap by Komolika. Prerna is released from jail and asks Snurag why he always gets her riled up and then makes her trust him again. Anurag replies that he is the same old Anurag she always knew. They finally hug and reunite and at that moment, Komolika enters clapping.

Komolika is enraged to be facing a betrayal like that and nurag stands his ground and defends Prerna. Komolika reveals that she thinks he forgot their arrangement and that she will get Moloy thrown out of the hospital and even killed with her references and he won’t be able to prove a thing. She threatens to kill Prerna as well and that is when Anurag screams that it is enough and he vows to kill her.

In the precap of Kasautii Zindagii Kay, Prerna is seen stating that the sindoor is her destiny, and no one could separate her from Anurag.

( ALSO READ: Parth Samthaan Is The Only Guy We Are Crushing On. Here’s Why! )