Yeh Hai Mohabbatein 12 August 2019 Written Update of today’s episode we see how the doctors still don’t allow Ishita to meet Raman because of her emotional condition. 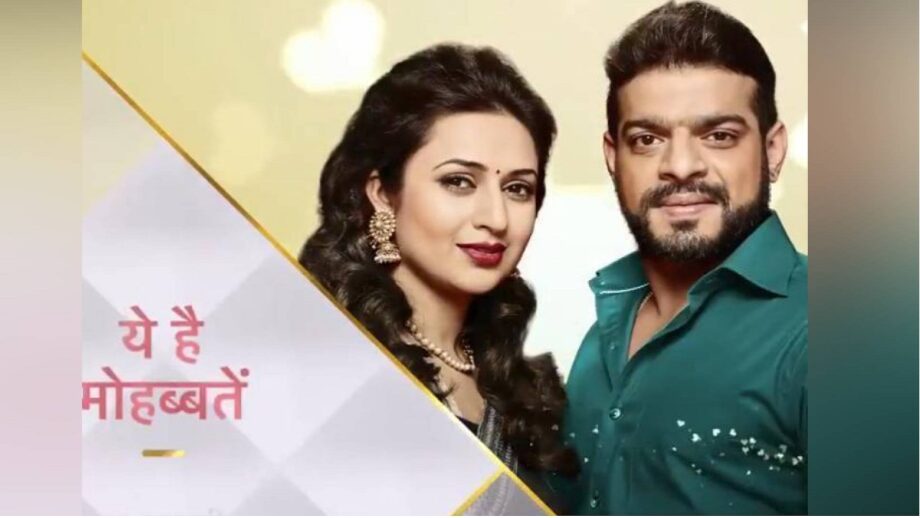 Today’s Yeh Hai Mohabbatein 12 August episode begins with the Ishita (Divyanka Tripathi) wishing to meet Raman (Karan Patel) and doubting the doctor for keeping her away from Raman. She wanted to know what the doctor was hiding from her. Arijit knew Ishita’s children were lying to him. He told them that he wanted to meet Ishita once, but he would count on their planning. He asked Ruhi to arrange the meeting after the puja. He offered them support in the sorrow. He hid his intentions from them. Karan suspected him. He told them that Arijit was adamant to meet Ishita for a motive.

Mani asked Ishita to stay strong and not rush to meet Raman. He wanted her to keep patience for some time. Arijit got angry at Bhallas for concealing things. He spied on Ruhi and found her leaving for the hospital. He wondered whom they were going to meet in a hurry. He wanted to know if Ishita was admitted in the hospital. Aaliya asked Ruhi and Karan to meet Raman. Ishita found strange that doctor was still stopping her. Doctor asked Ishita to meet Raman only if she was mentally prepared. He asked the family not to turn the patient emotional. Ishita and family met Raman after his skin grafting procedure. They got a rude shock and were unable to get a hold of themselves. It got too painful for them to see Raman in that state. They couldn’t stick to the troubling sight for long and rushed out of the ICU.

Doctor told them that it was a miracle that Raman got saved by the family’s blessings; it was a big thing that he survived the deadly fall. Doctor asked Ishita to keep patience until Raman got conscious and proved that he retained his memory. He asked the family to be positive that Raman would fight back. Karan wanted to know if Raman would appear the same. Doctor asked them to get prepared to face any outcome of the facial surgery. Ishita felt guilty that she couldn’t save Raman. Mani asked her to just be positive and not cry feeling guilty. He gave her strength and asked her to focus on keeping Raman positive. Arijit missed to follow Ruhi. He got angry on his aide who had no information about Bhallas. Arijit wanted to know if Raman was alive. He connected the dots and realized that Raman was alive. He couldn’t believe this. He felt it was impossible that Ishita had saved Raman’s life. He worried that Raman had seen him already. He planned to kill Raman. Bhallas’ secret plan to get Raman treated fails.

Arijit wanted to hunt down Raman. Simmi cried for Raman. She wanted to make some excuse to the elders and leave. She appeared happy and missed Raman a lot just like the rest of the family missed him. Mani informed Simmi that Raman would get fine gradually; she couldn’t meet him so soon. He asked Simmi and Bala to keep patience and not tell anyone about Raman. He told about Ishita’s emotional breakdown. Ishita got helpless to hide Raman’s state from the family. Arijit met Bhallas and cleverly came with a story. He tricked them into believing him once again. He asked Ishita if any of the family members was admitted in the hospital. Arijit questioned Ishita about Raman, which shocked her and the entire family, who tried their best to keep the news hidden. The written update of 12 August 2019 Yeh Hai Mohabbatein episode full story ends here.