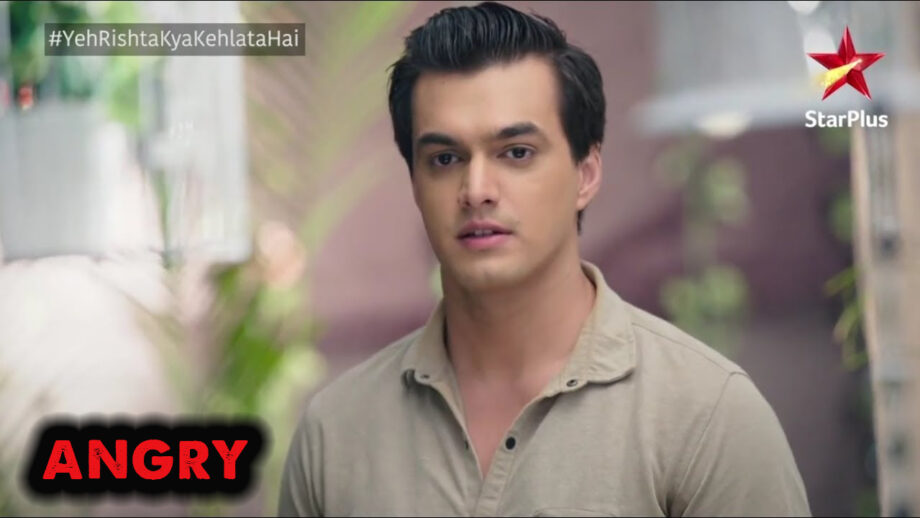 Today’s Yeh Rishta Kya Kehlata Hai 11 June episode starts with Kartik (Mohsin Khan) seeing Naira’s (Shivangi Joshi) pic. He got a call. Naira got a cake. Kairav asked why didn’t she make kachoris. She thought of Kartik and said it’s a special day so she made sweets. He said his favorite is kachori. She said she will make kachoris but for dinner, if Lisa came, she will eat all of the cake. He asked where his Papa is. She cried and ate the cake. She said his Papa will be back. She went crying. He ate the cake.

Everyone celebrated Vansh’s birthday. Manish gave a gift. Vansh received biker’s jacket. Manish said Suwarna is coming along on his next bike ride. Vansh smeared cake on Kartik’s face. Samarth stopped Vansh. Vansh said it’s between him and his bro. Gayu said Kartik has pampered him. Dadi said Vansh is much pampered, but she was not saying anything as he had been with Kartik in bad times. Suwarna said he had made Kartik’s life better. Vedika said she got the gifts and got it packed as well. Gayu thanked her. Vedika saw Suwarna and said she can see the love for Kartik in Naira’s eyes, see the love for him in her eyes too. She went to Kartik. He said sorry. She gave him a tissue to clean his face.

The lady asked Dadi about their marriage, people had started commenting, it’s been a long time, everyone asked the same thing. Suwarna said then let them ask. The lady said its five years now. Suwarna said this time isn’t right for this. The lady said people are passing comments, Naira had not gone to a different city, but to a different world, she will never return from there. Kartik heard them. Kairav came and said he got to know who his Papa is and had added that pic in a family tree. Naira worriedly saw some pic. He asked her to get kachoris and went. Kairav said he is his fav actor, he became his Papa. Kartik recalled the ladies’ worlds. He took a hot shower. He wrote Naira’s name on the glass. He thought why he asked that question. Dadi said everyone tried to just explain her but she’s worried for Kartik, he didn’t move on yet, what’s Vedika’s mistake in this. Suwarna said they shouldn’t force him.

Manish said they will never force him; they can try to convince him. Dadi said Kartik brought Vedika here. Akhilesh said their past was so painful. Dadi said Naira will never come back, but for how long will they miss her, they have to move on, they must give Naira’s place to Vedika. They saw Vedika. Vedika said she will get what’s destined for her, like she got them all, their love and respect, who could imagine that she would get all this after losing everything once, she is happy with her life, if they want to see Kartik happy, don’t put pressure on him, he had loved Naira a lot, it’s easy to ask someone to move on, it’s very difficult to do this, let everything be the same, there is no use to complete relations without the intention, they should never stop hoping, maybe one hope for good and something great happens. Everyone smiled.
Naira made Kairav sleep. Kartik came to her and said she is upset, but she still loved him and missed him. She said no. He asked really. She said yes. He asked how she remembered him again and again. She closed her eyes. She opened her eyes and doesn’t see him. She said she is angry at him but she loves him a lot and missed him. She saw Kairav sleeping. She called Kartik on the landline. Kartik didn’t answer. Suwarna answered. Naira heard her voice and cried.

Suwarna asked who is it. Naira disconnected.. Suwarna said Naira. Manish told her to accept Naira’s death. He hugged Suwarna. She said my hope didn’t die. Kairav woke up and saw Naira crying. He turned the other side.

In the morning, Naira thought Kairav shouldn’t think of anything today, nothing should go wrong in school. Kairav played and said mom looked very sad, she had cried in the night. He prayed for her. Liza asked what was going on, did he make any GF in school. He said he went there to study, not for this. Liza said what an attitude and focus. He said she also needed focus, else she will fall. She said my balance will never but she fell. He laughed. She said she will see him. He said she forgot Tina’s birthday. She said she didn’t remember. He said mum was sad; they have to make her happy. She said done. Naira asked Kairav to go and change.

Kartik bought flowers. He reached Akshara dance academy. He said a lot of things had changed, but this place will always remain the way she wanted it to be, her memories are here, this time he will give her a good surprise, she will be delighted. Vedika asked the men to keep the statue. She greeted Kartik. He asked what’s all this. She said preparations for a special day. He asked what she meant. She showed the statue. She said Naira’s birthday is coming, she thought of doing something special. He asked what was the need to do this, he can take care of things here. She said she is sorry, she had no idea… He said ask him once before doing anything next time and apologized for being rude. She said she was also sorry, she sent this back. He thanked her. She sent the statue back. She saw Naira’s pic. The written update of 11 June 2019 Yeh Rishta Kya Kehlata Hai episode full story ends here.

In the upcoming episode of Yeh Rishta Kya Kehlata Hai, watch Naira saving Kairav from goons and Kartik beating up some goons.