Today’s Yeh Rishta Kya Kehlata Hai 4 July episode starts with Kartik (Mohsin Khan) and Kairav spending much time together. Kartik asked Kairav about his mum. He waited for Naira (Shivangi Joshi). He felt he should leave since it was getting late. Kairav told him that he didn’t know where his mother went. He asked Kartik not to go. Kartik made an excuse that he had to go for important work. Naira got emotional seeing them. She wanted to come to them. Kartik asked Kairav to call his mum. He called Naira and found her phone at home. Naira hid from them. Kairav told him that Naira left the phone at home so that he could message him. Kartik told him that he had to leave now. He got Vedika’s message. Vedika informed him about Dadi’s enquiry. Kairav got sad. Kartik cheered him and took selfies with Kairav. Naira happened to see them and got captured in the selfie. Dadi told Suwarna that Kartik and Vedika decided to just stay as friends, they didn’t want to marry.

Suwarna asked Dadi not to compel Kartik and just wish for his happiness. Dadi was hopeful since friendship can turn into love. She wished that Kartik settled in his life. Suwarna wanted to support Kartik in his every decision. Dadi found a new hope and prayed for Kartik’s marriage. Kartik turned emotional to bid bye to Kairav. Naira’s friend told him that she didn’t know about Naira. He apologized and promised to not interfere in their lives before. Naira wanted to stop him from leaving forever. She got into two minds and realized that maybe Kartik wouldn’t accept Kairav as his child. Kairav was happy that Kartik came on his call. Naira went after Kartik while he left. She knew Kartik was crying, as it was painful for him to get separated from Kairav.

She ran to the church to pray for Kartik and Kairav’s bonding. She didn’t know how she would face Kairav when he asked for his dad again. She wondered why Kartik was brought back in their lives for a short period, how Kairav could bear this separation. She couldn’t tell Kairav that Kartik was his real dad. She faced a conflict between her heart and mind. Vedika visited the church and missed to see Naira. She prayed for Kartik as well. She was happy that he had become her friend. She wished to get Kartik’s love. Kairav asked about Kartik’s job. Naira heard his big stories about his good time with his dad. Naira hugged him and told him that Kartik was really his dad. She got depressed seeing his big hopes in eyes. Kairav got happy that Naira had accepted that his fake dad iswas for real. Kartik asked Dadi to stay back in Goa for another day; he didn’t get the ticket for the day.

Dadi asked him where he went. Vedika lied on his behalf and told Dadi that Kartik went to recover the loss at the exhibition. Kartik thanked Vedika for covering up his absence. Kartik told Vedika about Kairav, who was really a cute kid. He told her that he couldn’t meet Kairav’s mum today. She asked him to try again. He didn’t want to meet Kairav’s mum now, since he had conveyed the message to her friend. He felt he would get weak if he faced Kairav again. Kartik saw Kairav’s picture and missed him. Naira decided to meet Kartik and introduce Kairav to him. Kartik checked his phone for Kairav’s calls. He felt their connection that he wasn’t able to get over Kairav’s thoughts. He failed to see Naira captured in the selfie. Kartik checked out of the hotel and left for the airport. Naira took Kairav to the hotel to make him meet his dad. She learned that Kartik had left for the airport. She got depressed and thought if this was fate that their meet wasn’t bound to happen. The written update of 4 July 2019 Yeh Rishta Kya Kehlata Hai episode full story ends here. 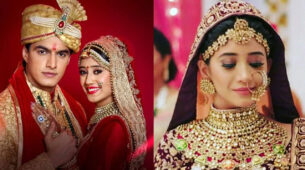 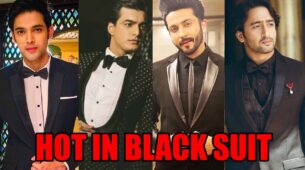