In Yeh Rishta Kya Kehlata Hai Written Update Season 66 Episode113 20th November 2020, we see that Vansh wants to complete the challenge which Zo gave as he wants Kairav to be in Zo's gang. Vansh jumps down from the balcony in front of Kairav. Naira thinks that Kairav pushed Vansh. 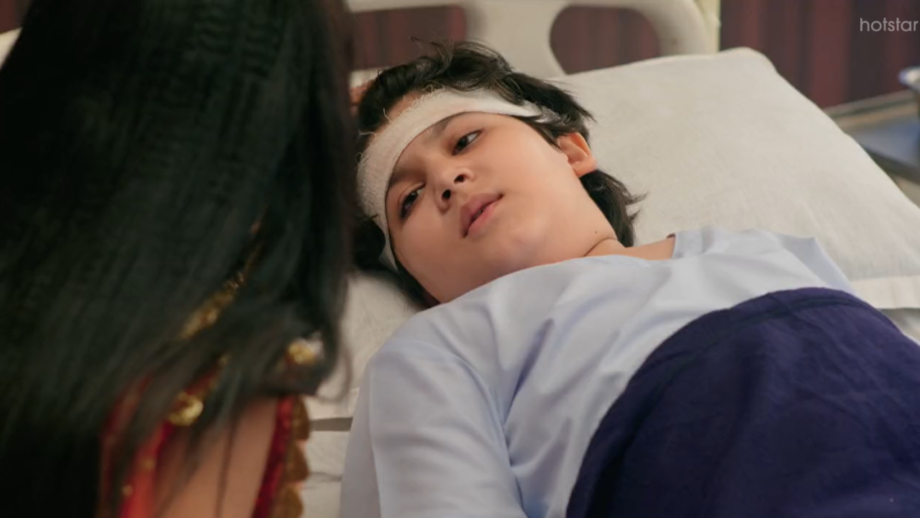 The episode of Yeh Rishta Kya Kehlata Hai starts with Naira coming to Kairav to say sorry. She sees the painting in which he painted Kairav and Naira parting away. Kairav says that he hates Naira. Naira’s dream ends.

Naira thinks that she had to stay away from her parents for a long time, but she won’t let it happen with her and Kairav. She sees that Kairav is not there and goes out to search Kairav.

Meanwhile, Kairav and Vansh are standing on the balcony. Vansh says that he will jump down on the bed and he won’t get hurt. Kairav tries to stop him. While climbing the wall, the vase gets hit, it falls and breaks. Krishna calls out Kairav and Vansh. She tells them that everyone is looking for them.

Kairav and Vansh go inside and start arguing. Naira sees them and gets relaxed thinking that kids are safe.

While praying Vansh says that he will jump for Kairav. He leaves. Kairav notices that Vansh is gone, Kairav goes to the balcony. Naira sees Kairav leaving, and she tries to find where the kids went.

Vansh records the video and jumps. Kairav shouts no Vansh and rushes towards him.
Naira sees Vansh falling and also sees that Kairav is also in the balcony. She thinks Kairav pushed Vansh.

Naira calls everyone. Kartik picks him up and takes him to the hospital. Naira keeps thinking, how can Kairav do this, and what made him push Vansh. The doctor says that he needs to do some more tests, but they can meet Vansh. Gayu says that she will stay with Vansh.

Kartik says that they will video call at home and inform everyone that Vansh is fine.