Ekta Tiwari who is seen in a devotional play right now talks about her stage love and experience. “As the title suggests, this devotional play is about Radha and Krishna. Every year, our group (Rajesh Prabhakar Mandloi) does some play of a similar genre around Radha Ashtami.”

The cast includes Ekta, her better half, Sushant Kandya, and Aditya Mohan Dubey.

“We had the first show last night in Mumbai, which was very well received.

Agreed, the youth are not so much into religion, yet this genre continues to dominate the small screen landscape. Some big films on the same genre are also in the pipeline.”

“We will soon tour Lucknow and other places as well,” adds she, about the future schedule of her above play.

Talking about her stage experience, Ekta, who will also be part of Voot web series, Asura, says, “ I have been doing theatre since college. I have had the good fortune of being part of veteran theatre artist, Tom Alter’s troupe. Sir was very good in both English and Hindi.

“Hailing from the Hindi belt, my mastery over the national language is quite good, which holds me in good stead in the above play as well, given the Bhojpuri and Sanskrit angles. It is said that many TV actors don’t find it important to work on their Hindi diction, preferring Hinglish.”

“I sincerely believe that one is always better able to communicate their inner thoughts and emotions in their mother tongue, as opposed to the Queen’s language.”

“Apart from artistic plays, I have also done a few commercial plays like Sab Golmal Hai with Rakesh Bedi as well.”

“Stage is my first love. It is very important for all actors to keep doing stage from time to time, as it fine tunes our talent. Sadly, not everyone does it.”

“As far as TV is concerned, I keep doing interesting cameos. I have just shot for Colors’ Sansani, which will go on air next year. I am in talks for another major project. Fingers crossed that it fructifies soon.”

She has also done an award-winning Hindi feature, Chooda Ek Pratha (2015). “My short film Aaram Ghar too got great reviews.”

In closing, we ask her about Asura, and she says, “I have a very bold role in it.”

She does not define bold, saying, “Why don’t you watch it when it comes on air? It has been delayed but we hope to go live soon,” ends she. 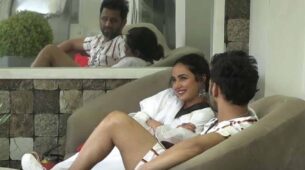 Bigg Boss 14: Rahul Vaidya takes a stand for himself 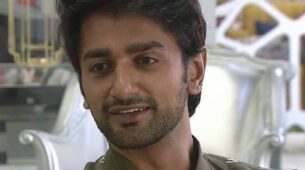