Piyush Mishra was born on the 13th of January in the year 1963 in Gwalior in the state of Madhya Pradesh. He is one of the renowned names in the Indian theatre world. He has contributed to the theatre world as an actor and scriptwriter. However, this is not all he is known for. He is also a well-known music director, singer and lyricist. The legend was brought up in Gwalior and graduated from the National School Of Drama in Delhi in the year 1986. This is when he started his career in theatre and went on in the field for a decade and a few more years before moving to Mumbai to take his talent to a bigger platform.

While he was drawn to theatre back in Gwalior, he was inspired by groups like Kala Mandir and Rangshri Little Ballet Troupe. While graduating at NSD, he got to compose his first song called Mashreki Hoor. But when he was in his second year, that is when he got his big breakthrough a title role I the famous play Hamlet which was directed by a German director named Fritz Bennewitz. He later helped found the theatre group acts. One along with famous actors like Manoj Bajpai and Gajraj Rao and founder and director N.K.Sharma. In this theatre group, Piyush directed several roles in several plays and also helped with directing the play Gagan Damama Bajiyo.

We hope to see more such amazing artists like Piyush Mishra emerge from the theatre world and contribute to other fields. Stay tuned with us for more such updates on your favourite celebs. 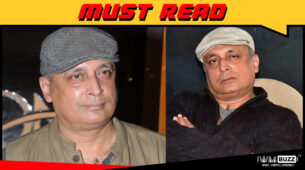 My journey has not been a walk in the park: Piyush Mishra