Chris Hemsworth is an Australian Actor and before stepping into Hollywood, he rose to prominence with Australia playing Kim Hyde in the Australian television series Home and Away in 2004-2007. Chris Hemsworth is mainly known for playing the role of Thor in eight Marvel Cinematic Universe films. He began with ‘Thor’ in 2011 and then mainly appeared in ‘Avengers: Endgame’ 2019. He has established himself as one of the most leading and highest-paid actors in the world.

Chris is also seen in Snow White and the Huntsman, Men in Black: International, Extraction.

Here are top 5 facts about Avengers Fame Chris Hemsworth-
1. Childhood name- Chris’ childhood nicknames were “Kip” and “Hemsy”. Chris revealed the fact during interviews with GQ US and “Sunrise”. He also said that his ‘Avengers’ Co-stars also call him “Hemmy”.
2. Cinematic Crush- Chris Hemsworth’s ‘cinematic crush’ is Robin Wright in the 1987 movie “The Princess Bride”. Chris Hemsworth revealed to W magazine in 2017, “She’s just so incredibly beautiful and confident and strong and smart and witty”. Further saying “I love that movie”.
3. Reason for getting into acting- One of the reasons he got into acting was to financially support his family. The actor once revealed, “I’d pretend to be sick or broken in some way and incapable of doing any real work”. Further stating, “That’s where it all started”.
4. His love for India- The Hollywood actor, Chris Hemsworth is in Love with India. His love for India is quite evident from his daughter’s name ‘India Rose’.When he was asked about the reason for naming his daughter as ‘India Rose’, the actor stated, ” My wife, Elsa Pataky spent lot of time in India and that was where the name originally came from.”
5. Fitness app by Chris- In 2019, Chris Hemsworth launched a fitness app called Centr, that focuses on how to “train, eat, and live better.”  Chris Hemsworth said to Men’s Health that the app is based on “the three main elements of healthy living — the movement, the nutrition, and the mindfulness.” 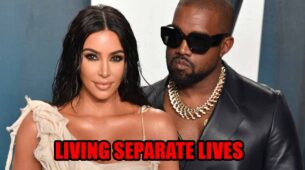 Know Why Kanye West Is Staying Away From Kim Kardashian: Read What Happened

Salma Hayek Or Zendaya: Who Has The Sexiest Looks In Gown? Throwback To 2015 When Selena Gomez Covered Her Hair With Orchids: Have A Look Nicole Kidman, Jessica Biel, Eva Mendes: Have A Look At The Hottest Fitness Freaks Of Hollywood 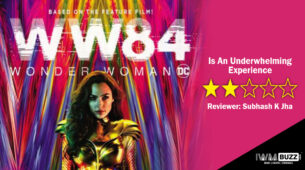 Review Of Wonder Woman 1984: Is An Underwhelming Experience