We want you to pick the most entertaining star out here between Carry Minati, Faisu and Awez Darbar. CarryMinati who is actually named Ajey Nagar is the Ultimate Roast King. He started his career here as a gamer and went on to gain huge limelight courtesy his ability to gaming. His roast videos set new goals for aspiring YouTubers. He is huge in terms of ideas and content and his recent controversy which has created a war of words between YouTubers and TikTok stars is something to be watched out for!!

Faisu the popular TikTok star has millions of fans. He is known for his scintillating content and he was in the tug of war recently with CarryMinati over the YouTube Vs TikTok battle. The two of them locking horns was a juicy sight for all who enjoyed.

TikTok star Awez Darbar is another youngster who is an actor, choreographer, influencer and entertainer. His comic timing, great lip-syncing in videos are a rage and he has grown famous for his work.

Now, who do you think is the most entertaining star? 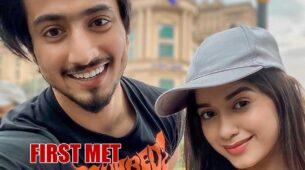