My daughters are lucky for me: Esha Deol Takhtani after winning award for Cakewalk | IWMBuzz
Subscribe Now
Digital | Celebrities Not many actresses can boast of second innings, and certainly not after marriage and motherhood. But she is Hema Malini’s daughter and that itself makes her an exception. When Esha Deol Takhtani decided to make her comeback in journalist turned director Ram Kamal Mukherjee’s 26 minute Hindi film Cakewalk everyone was taken aback. It was an unconventional choice, but now it seems that Esha proved everyone wrong with her wise decision. The film not only created new records in the annals of Bollywood history, but also fetched her the prestigious Bsst Actress Award at MTV IWMBUZZ Digital Awards and Society Iconic Indian Award. “It was the story, I knew that people will watch Shilpa Sen and her journey. When Ram Kamal narrated the story, I decided that this story will touch the heart of working women,” says Esha.

Being a mother of two toddlers, and balancing the responsibility between home and work needs a lot of patience. “Cakewalk changed my life, and I would give entire credit to my daughters. I am a completely different person today because of my lovely daughters. I would like to continue my work and also make sure that I give my hundred percent to my daughters. I will take them along to my shoots and spend time when I am not working,” says Esha who is planning to work on interesting concepts.

“I am open to good scripts and role. But if I am doing something then it has to be of some worth. I don’t want to do the same kind of roles which I have played in my earlier movies,” says Esha.

Cakewalk marked her comeback after marriage and motherhood. The film not only fetched her national and international awards, but also gave her a huge satisfaction as an actor. “I am thankful to each and every award and festivals for giving me this love and honour. Unfortunately I couldn’t attend all the functions, but these two awards in Mumbai I atttended and received personally because they are apprently the biggest digital awards in Mumbai,” avers Esha. 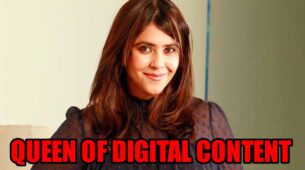 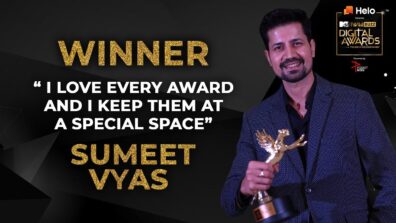