Karan V Grover who will be debuting on the digital platform with Vikram Bhatt’s Spotlight 2 talks about the future of web, his role and experience in the series... 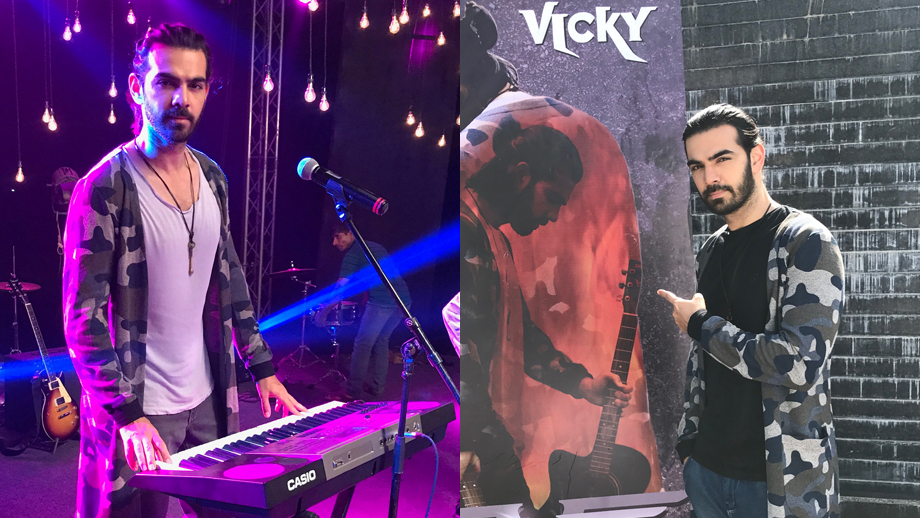 Karan V Grover is always excited when he is experimenting!!

And for his newest venture, his very first on the digital platform, Vikram Bhatt’s web series Spotlight 2, Karan has tried his hand for the first time at many things!!

Says Karan, “The fun part of being an actor is that we get to learn new things being on the job. For Spotlight 2, I learned playing the guitar. I learned to move my hands correctly on the keyboard. I learned certain vocals. So it was definitely a very good learning experience for which only VIU and Vikram Bhatt have to be thanked.”

Adding on he states, “I have always done songs that play in the background. That’s technically easier than lip-syncing. I have now realized how difficult it has been for all the legends who we have watched on screen.”

On the digital platform, Karan avers, “It is the most liberating space that we have come up with in the recent times. It’s good to see new type of content coming out, and big producers taking interest in it. I really liked all shows made by TVF. I have been a huge fan of AIB. And of course, I love Netflix and live on Netflix. So it’s the way to go and is the entertainment portal of the future.”

On his personal experience being part of the digital platform he says, “See, the series is not released yet. So I don’t know how it will fare. However, the reading is pretty simple; it directly gives out reactions by the number of downloads, likes etc. Secondly, it is amazingly liberating as it has no barrier of language. You can speak Hindi or English. You can do your scenes naturally, in the way you think without thinking of it being edited. You can go all out with the styling. Right now, there is no overtly successful format to working on the digital platform. The format is pretty much open.”

On playing a rockstar in the series, Karan exclaims, “It is great to stand on stage with the band with lot of fireworks playing. At the same time, it is taxing too as you need to keep in line with the music, chords you are shifting, the song you are singing, plus the scene that you are shooting within the song. So it is challenging, yet lot of fun.”

Karan was not at all musically inclined at the time when Spotlight 2 happened to him. Karan started to take his lessons in music after Vikram Bhatt confirmed him for the role. “Yes, I sat down on the guitar classes, and learned a bit of harmonium and keyboard so that I can at least understand how the instruments work. The best part out of all this is that I have decided that if at all I have to learn anything, I will learn the keyboard. My salute to all the singers in the country and world!! Singing needs so much riyaaz.”

So can Karan now sing a song by himself? “Not at all,” he answers with a laugh. “I tried four lines and my director told me to stop and even threatened that he will dub my scenes as well (smiles).”

Ask him whether he will now like to get back to TV and Karan immediately says, “TV is my backbone. I hve only learned on TV. I would happily do a show on TV tomorrow.”

Karan, we wish you and the team of Spotlight 2 all the luck!!