Vijay Varma On Playing The Sleazy Gangster In She In the Netflix film She, the Gully Boy actor Vijay Varma is cast as a low-level sleazy gangster who repeatedly abuses the female protagonist.

How difficult was it for Vijay to play this vile character? “Well, the female police officer was subjected to a certain kind of abuse which was part of the plot. But the real discovery for me in this show is how an individual’s sexuality can be discovered in extremely unlikely circumstances and it is something that we don’t want to talk about. And there is very little discussion around it in mainstream films. But if you observe the work of Saddat Hassan Manto, or if you read some Western writers, they have dwelled into these kinds of scenarios. I have been an avid follower of all these writers. It can be very unsettling and uncomfortable. But does it not happen? Yes, is it part of our social circle. Is it a part of our environment? Yes. Is it very problematic? Yes. But don’t we need to talk about it? We should talk about it. We must!”

Vijay agrees his character Sasya in She is a sociopath. “It is an extremely repellent character. It does everything that a decent human being wouldn’t do. But at the same time, the offer came from Imtiaz Ali and he’s been part of stories and he’s told stories that are full of passion and love and a sense of self-discovery. So I felt that this story and Imtiaz Ali are the two different opposites and it’ll be interesting to be in the middle of it. Also, sometimes a character that comes to you does not excite you. It does not draw you in. It does not make you feel that you can do it, but it challenges you. So I was literally felt challenged into exploring if I can do something like this. At the same time I felt that’s a real representation of a certain kind of dominance that a twisted man would have on a woman, something similar to what I would say Kabir Singh was but not in exactly the same way. When you see real truth in characters I feel there is a certain kind of liberation. Even if you don’t like my character, and the idea is that you shouldn’t like it, somehow you can feel that a despicable person like this can really exist and does exist.”

There is currently a lot of activity on the webspace, not all of it productive or desirable.

Speaking on his forthcoming projects Vijay says, “Well my forthcoming projects are A Suitable Boy which Mira Nair is directing for BBC as a miniseries. And then there is another miniseries with Anand Gandhi, a sci-fi comedy on Hotstar starring me and Radhika Apte. I am also doing the series Fallen with Sonakshi Sinha. Then there are a couple of films. One is Hurdang with Sailesh R Singh producing it. The film Bamfaad with Paresh Rawalji’s son Aditya making his debut was released on the streaming platform recently. And my work in it has been appreciated. So I guess there’s a lot happening in my career.” 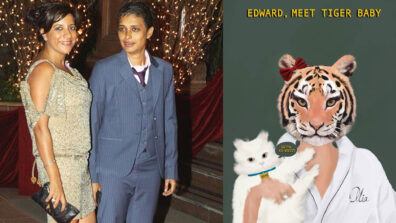