Surya Sharma is one of the most promising and budding talents of the entertainment industry. After having impressed one and all with his breathtaking performances in projects like Veerey Di Wedding and Hostages, Surya is now all set to come out stronger than ever with his upcoming series titled Undekhi which is all set to stream on SonyLIV (produced by Applause Entertainment). The audience will get to see Surya in an unseen avatar which is all about ruthlessness and fearlessness. We got involved in a candid conversation with Surya to know more about his experience. Read to know more.

First things first, you are coming back strong after a long time with a different character. However, unlike other occasions, the time now is different due to Covid-19. Are you anyway upset about the fact that you can’t go out and promote it like the way you want to?

Well, I won’t deny that it’s a difficult time and I would have been happier if we could venture out to promote. But having said that, I am a very positive person and I only think of the present and what’s happening now. I am extremely thankful to SonyLIV and Applause Entertainment for the way they are handling everything and personally, I am happy that the show is coming on 10th. I am excited and looking forward to the views of my audience. But unfortunately, it’s a very difficult time and the saddest thing is there’s nothing we can do about it. 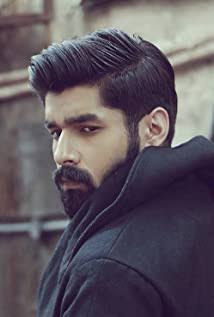 Tell us a bit about your preparations. It’s a very dark thriller and often the genre takes a toll on actors. Were you able to distinguish between the real you and your character off-screen?

Well, I am glad you asked me this. First of all, I would like to tell you about the story a little. Anything and everything which we have seen in the teaser, that’s the reality and that’s what happens in the society. So first of all, the discussion is about why did the crime happen in the first place and if it happened, we can’t really ignore it despite it being in front of our eyes. Now coming to the character, initially after doing Hostages, I thought I will be able to pull it off quite easily but I was wrong. When we actually started working, I realized it was very difficult. It is not easy to to maintain the same character sketch and demeanor for 8 long months. But we had many workshops and I started to focus on that. Each and every artiste have their own way of going about things. For me, when I take something, I see how the character looks from the outside. It’s a part of preparations. I tried to do my best and now hopefully the audience will like it.

Surya, you have always said that you want to come up with something new whenever the audience sees you. Is that somewhere an additional pressure which you deal with mentally?

Very good question! I have never really thought about it too deeply but somewhere down the line, it is pressure. I have a feeling that if I keep doing the same thing again and again repeatedly, one fine day my audience will get bored and tell me ‘Kuch toh naya dikha de’. That line if I ever hear from them, I don’t think I can deal with that. I want to do new and versatile characters every time I work on something. I am very greedy as an actor. It’s not easy but I will try my best. But yeah, it’s a pressure certainly.

Lastly, what are your expectations from Undekhi in particular?

Well, I like to stay in the present and I like to go with the flow. There’s a lot of hard work that’s been put into it and I really hope that the audience realizes it when they see it. Their opinion is what matters the most to me. I really hope they like every bit of it as I have worked with a lot of honesty. I hope that’s visible when they see it on the 10th. Cheers.