Handsome hunk Abhinav Shukla, who recently enthralled audience in Aksar 2, has always been passionate about direction, and has left no stone unturned in grabbing an opportunity that came his way.

Presently the actor directed a music video titled ‘Faded by Lost Stories’. The video is based on the chart buster track ‘Faded’ by Alan Walker, with a classic touch to it. The song has been remixed by Prayag Mehta. It features TV’s hottest actresses Rubina Dilaik and Srishty Rode.

As you can clearly see in the video, it narrates the tale of friends who have broken up, but not broken down. It pays a tribute to female friendships, with two girl friends uplifting, liberating and motivating each other.

Talking about his experience, he says, “It was an amazing experience. I would rather say learning experience for me. I learnt the process of film-making while directing this video. The main task was to write down my thoughts and then schedule it accordingly and later shoot the same. I really enjoyed doing it. I think I have done a good job and I am proud of it” When asked what kind of struggles he faced while filming it, he shares, “There were a lot of difficulties in terms of shoot. We had only two days as Rubina was available only on those days. Hence we had to complete it within the given time. Later, we were shooting in a remote area, so there was no luxury. I wanted to shoot in the morning as afternoons are very tiring; so the girls used to wake up by 4 am and get ready by 5 for the early morning shoot. We had no lights and power banks. In short, we had less resources, but we managed to shoot amazing video with natural lighting.”

Abhinav reveals why they shot the video in real location and not in a studio. “Rubina is the mastermind behind the concept. The dance moves have been choreographed by Srishty. The original concept demanded us to shoot in real location as indoor would have killed the flavour of the song.”

He adds, “I will act as well as direct in future. Digital medium has a huge reach and is easily accessible. I would like to explore more in this field.” 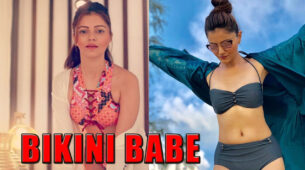