Actor Vidur Anand who plays the protagonist fighting the negative force in Vikram Bhatt’s web-series on black magic, Tantra gets into a conversation Actor Vidur Anand who plays the protagonist fighting the negative force in Vikram Bhatt’s web-series on black magic, Tantra gets into a conversation

Actor Vidur Anand has come a long way and is proving his mettle as an actor with his effective portrayal as the protagonist who embodies ‘white light’ in Vikram Bhatt’s ongoing web-series Tantra which streams on the YouTube channel, VB on the Web.

Vidur has had a fruitful outing in the Vikram Bhatt camp, having starred in the web-series Gehraiyaan and following it up with his portrayal in the Vikram Bhatt movie, Haddh. He has also been part of a small sequence in Twisted, and will be seen in a cameo role in Bhatt’s upcoming web-series, Untouchables.

Talking about his journey with the Bhatts, Vidur says, “It has been a lovely journey with Tantra proving to be a good leap for me. I had never been part of a horror program. I had done a character role in Gehraiyaan more than a year back. It feels good to be playing the guy with the positive vibe in Tantra. I am the guy taking forward the positive and white light in the series, and people like my portrayal. It feels good to see the crazy following I am getting for my role here.”

“In the initial 7-8 episodes of Tantra, my work was not there. I was just introduced post that, and only after the 13th episode, my role came to the fore. Considering all this, the way my character has been appreciated is huge. It is a beautiful thing to see all the appreciation coming my way. There are many veteran actors in the series like Salina Prakash, Karim Hajee etc. Hence I always prefer not being referred to as the lead or hero. But the response from people is overwhelming. All this shows that I am doing justice to the character given to me,” he adds.

Vidur Anand has had some defining moments shooting for Tantra. “It is a very challenging job to portray the positive and white light in the story. My character has had to recite and chant lot of shloks from Mahabharata and Bhagavadgita. It is not an easy job at all, something that cannot be taken lightly. I have studied the shloks that I had to chant, learnt its meaning and imbibed the value of it before reciting it for the scene. Learning and chanting the Vishnu Jaap was indeed a great experience for me. In the series, my character holds vengeance too after the death of his father. However, he does carry out his vengeance in the rightful manner taking a reference out of Bhagavadgita. In simple words the best part about my role is that he takes revenge with an outright belief in God.”

Vidur is a spiritual guy in real life and holds a rather secular outlook when it comes to being spiritual. “I am a fan of Sufi music and numbers of Allah Rakha Rahman. I go to the Gurudwara and also like going to various divine places as I believe that these are the places where you take in the divine vibe. I believe in a super genius power existing, which helps strike the balance between white and black. Being a science student, I should hold more reasoning towards logic. Having said this, I know where science ends, there starts unanswered questions about God. This thought holds an interesting point of operation for me.”

Vidur even while holding spiritual thoughts believes that there is a negative space too which is completely dark. “I have realized that there is lot of hostility and restlessness around. That is why a perfect balance is attained. If everything was good, why will people encounter hostility on roads? This all suggests that there is something that is not fine about life, and that is the negative space.”

Ask him whether he has encountered such disturbing dark moments, and he says, “I have heard incidents and got first-hand information on black magic prevailing. But I have never experienced it.”

Vidur feels at home working in Tantra as he is friends with the Director Sidhant Sachdev. “The whole team is like family. Since I do not have a God father in the industry, I have always worked hard and will continue to do so.”

On his future plans, he states, “After Tantra, I will be seen in a cameo role in Untouchables, where I play the boyfriend of the protagonist, Sreejita De. I am the only love interest she has in the show. There are few things in the pipeline, but that will take its course to materialize.”

Last but not the least, for all those waiting to see the revenge scenario in Vikram Bhatt’s Tantra, Vidur has to say this. “Tantra has come midway, and from now, the revenge game starts. I am looking forward to more of action sequences. There is a lot to come, story wise and keep hooked to Tantra.”

Keep up the good work, Vidur!! 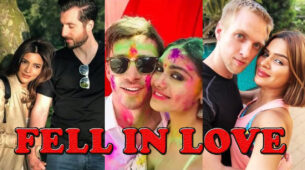