Pratik Gandhi who plays Harshad Mehta in the Sony LIV and Applause series gets into a conversation. 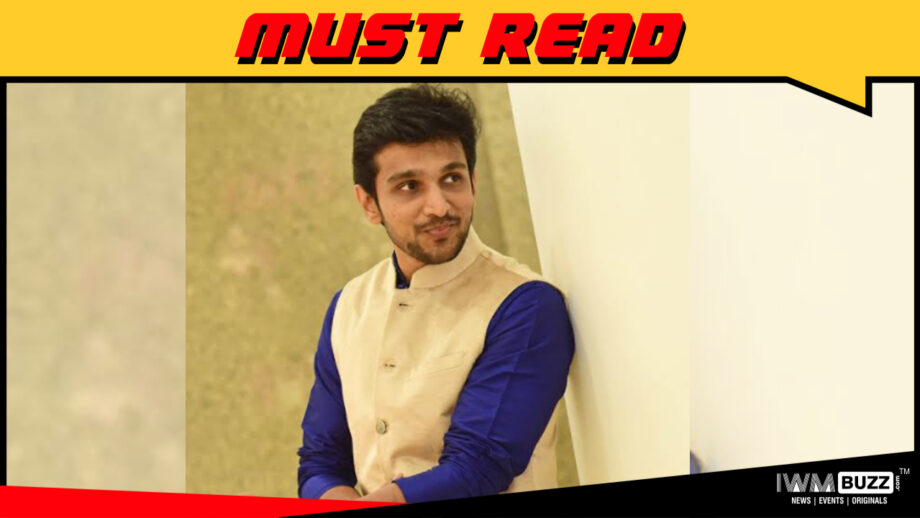 Gujarati Theatre & Film Actor Pratik Gandhi who plays the controversial stock market guru Harshad Mehta, who played havoc with the Indian economy and middle class aspirations in the 1990s, in the Sony LIV series Scam 1992 The Harshad Mehta Story gets into a conversation.

You play Harshad Mehta with great confidence. What is our own story?

Very simple. I am from a small town Surat in Gujarat. I began doing theatre when I was a child. I went to a school where theatre was a compulsory subject. I was lucky. I began performing on stage at a young age. I virtually grew up on stage. In 2004 armed with a college degree in engineering I shifted to Mumbai, came to create a space in theatre and also found employment as an engineer. Between 2004 and 2016 I was juggling among engineering, theatre and live shows. In 2012 I got my first Gujarati film. After that a lot of things changed for me and for Gujarat and the Gujarati film industry. I did my early films by taking leave from my engineering job. Then came a time when I had to choose between engineering and acting. I sat down with my family and discussed it with them. In August 2016 I left my engineering job and became a full-time actor.

What made you decide to play Harshad Mehta and how much research went into playing the character?

First and the biggest reason for accepting the role of Harshad Mehta was director Hansal Mehta. Also, I love playing real-life characters. I’ve played quite a number of them on stage including Mohandas Karmchand Gandhi. It’s always a challenge to portray a real-life character, especially one as much in the public domain as Harshad Mehta. There were lots of layers to his character which I got attracted to. I like playing characters with complex human traits. Also, this is the biggest project that I’ve done in my life. All these reasons were more than enough incentive to do the project.

Did you do your own research on Harshad Mehta?

I was provided with a lot of material. I also did my own research.There were some videos of Harshad which I studied. There is also an informative interview of Harshad with legendary journalist Pritish Nandy. The script in itself provided a detailed document on the character. All this, plus multiple discussions with the writers and directors helped me a lot.

Were you aware of the details of the Harshad Mehta scam?

I had no detailed knowledge of it. I was in school when the scam happened. I was aware of certain irregularities happening in the stock market because my cousin had lost a lot of money in the scam. But that apart as far as all the technicalities of the stock market were concerned I had to learn all about them. I read up about the stock exchange and spoke to people from the stock market who were active in the 1990s. I didn’t want to sound like someone who was rattling off inside information without knowing what he was talking about.

You look very different from the real Harshad. How important do you think physical resemblance is in a biopic?

When I first met director Hansal Mehta he told me I’m too lean and thin to play Harshad Mehta. I had to gain18 kilos before we started shooting. I gorged on all the Gujarati goodies that I earlier avoided. By the time we started shooting I had a huge belly and a lot of fat on my face. And of course the trademark Harshad Mehta moustache!! Looking like the real-life character certainly makes the actor’s job easier especially when it is someone as well-known as Harshad Mehta. He loved being in the limelight. One of his photographs with his Lexus is still popular. While making the series on Harshad we took a conscious decision that I won’t try to look like the real Harshad. Rather I’d focus on his behaviour, attitude and personality, be it his helplessness initially, confidence, then over-confidence to the extent of letting his arrogance and ego get the better of his judgement.

Was Hansal Mehta with you on this?

Oh yes he was clear about not caricaturing Harshad, but rather imbibing his characteristics into my personality. I kept the audience in mind while playing Harshad. I don’t know how far I have succeeded.

Being a Gujarati were you able to understand Harshad better?

To an extent, yes it did help me to understand his thought process, his dreams, knack for understanding money matters, the entrepreneurial spirit. And that determination to be self-employed. That’s a Gujarati trait. Though I must confess that I come from a family of educationists. No one in my family is an entrepreneur.

How familiar are you with the working of the stock exchange? Would you have taken the real Harshad’s investment advice if you had the chance?

To be honest I’ve never invested in the stock market. My grandmother used to warn us against the stock exchange. My grandfather had lost a lot of money in the share market. We are a working class family. If I had met Harshad Mehta I’m sure he would have convinced me into investing in the stock market. And I’d have been game.