After TV and movies, will web content too will be censored: an evaluation If there is one element that has separated and fueled the growth of the new desi digital entertainment crest, it is the lack of censorship. Makers can show what they want. This was billed as finally freeing the stifled Indian creativity from outside control. Films and especially TV shows were forced to follow a morally straight jacket, unable to show intimacy or several other facets of life (drugs, violence, alternate sexuality, etc.).

This resulted in large sections of the urban youth divorcing themselves from GEC loyalty.

But alas, the new found freedom too has its pitfalls.

In an attempt to garner more eye balls, many makers have bitten the forbidden fruit– rampant sex and abuse. Agreed, youth spew expletives and get laid, but that is not the be-all and end-all of life. If it was shown as part of the narrative, as in the West, we would have no qualms. But here, we have the choicest cuss words, mostly comprising MC-BC, in every line.

Will Netflix’s Sacred Games start efforts to bring censorship to the web? Until now, web was not huge, so politicians kept their distance. But Sacred Games, with its huge media blitz, and big names –Nawazuddin Siddiqui, Saif Ali Khan and Anurag Kashyap–maybe is cannon fodder for some politico looking to reinforce their cultural identities in the run up to the big 2019 election. In today’s highly toxic political atmosphere, nothing is off limits.

And sadly, Sacred Games has stuff (abuse, stark frontal nudity), which might be liable to come under the scanner of India’s opaque and outdated obscenity laws. A lot also depends on its interpretation by the cops and courts.

To make matters worse, they have also waded into political waters by casting aspersions on a former Prime Minster and a highly controversial political movement.

While theater had always got politically loaded content, films and TV, which have a bigger reach, have been forced to be neutral. That attempt is being challenged (rightfully though). This will certainly not be appreciated by the powers that be, who have always wanted to control the narrative.

However, given the technical issues, it would be very tough to have net censorship, as there is no common linking authority to haul them over the coals, as in TV. The aggrieved parties still have other sticks to beat the makers– a repeat of the AIB Roast phenomenon–by filing lots of separate cases all over, compelling them to throw in the towel. The makers later unconditionally apologized to the Christian community for the offence caused to religious sentiments. Other obscenity-related cases continue in the same matter.

Having said that, Netflix and Phantom Films, being aware of the potential pitfalls, must have had plan B, which might come to the fore if protests do go out of hand. They will certainly put forth the argument that you need to factor in the milieu- what else do goons speak?

Ideally, it would be better if digital content creators practice self-censorship rather than the Big Brother threat looming large. But again, anyone can make YouTube content, and not all have Standards and Practices resources of channel. And to be brutally honest, self-regulated industry bodies don’t really have the teeth to enforce its rule, given the egos of all its constituents.

Review Of Who You Think I Am: A French Near-Masterpiece

Exclusive: Ritu Shivpuri to be a part of Netflix’s Elite India 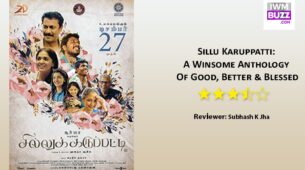 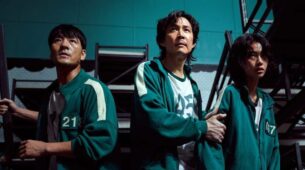 Here’s Why Anurag Kashyap’s Daughter Aaliyah Kashyap Was Trolled On He... Did You Know This Creepy Doll From Squid Game Belongs To A Museum In S... Review Of The House Of Secrets: A Harrowing Documentary On A Crime Th... 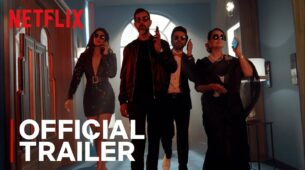 Netflix drops the trailer for Call My Agent: Bollywood and the glamour... 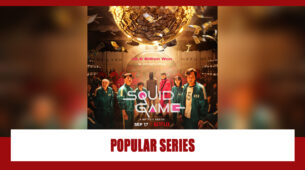 Squid Game and why it is so popular: Revealed Review Of The Guilty: A Gripping Thriller Review Of The Kissing Booth 3: A Marked Improvement On The First 2 Fi...