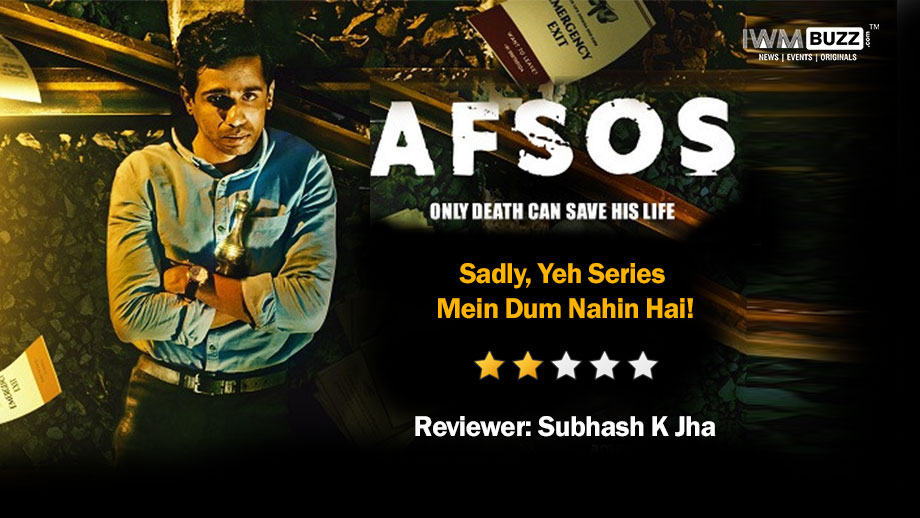 On the theoretical level, this is a potentially interesting premise for a series. A morose man with a death wish who wants to end his life, but can’t. So he hires professionals to do the needful. That’s it!

Or maybe that’s not enough to take us, kicking and dragging, through eight plodding episodes shot with all the gusto of a dentist performing molar surgery. Painfully stretched-out with the intended dark humour failing to acquire the required colour, Afsos, is just one of those pale frail stale promising ideas that remain unexplored and unfinished.

The talented Gulshan Devaiah plays Nakul, a man so obsessed with death he wants it at any cost. Gulshan gives the suicidal character his best shot. Not that he seems to have anything to be especially despondent about. Maybe he’s bored. Maybe he just doesn’t want to watch serials like Afsos in his spare time.

Director Anubhuti Kashyap and the show’s group of writers spend little time in preparing a back story for Nakul. Nor is his relationship with his girlfriend (Anjali Patil, wasted) given space to develop. There is more thought going into the lethal link that grows between Nakul and a coldblooded assassin named Upadhyay who is given the task of finishing off Nakul.

Interestingly, the assassin Upadhyay is a woman and played by Heeba Shah who manages to make the character more dimensional than the comic book mood of the series suggests.  Heeba’s Upadhyay loves to listen to Beethoven and paint male models (some of them without clothes) in her spare time. It’s a character begging to have her own independent show some other time.

In the meanwhile, we return to Nakul who wants to be dead. He should binge-watch Afsos. He will die of boredom.