Imagine –and imagination plays a pivotal part in this provocative coming-of-age series—if Sushmita Sen, the sexy teacher in Main Hoon Na walked out of Farha Khan’s neverland to land in Meerut to teach English in a school filled with curious adolescents of both sexes.

Swara Bhaskar is sure to give her right-wing fans goosebumps in her part as the seductive educationist whose approach to teaching is wildly con-conformist. She provides lessons to her students far beyond her classroom. In a sequence that is bound to raise more eyebrows, Swara’s teacher educates the film’s young hero Nand (Ayushman Saxena) and his girlfriend (Rashmi Agdekar) in the art of foreplay.

But here’s the thing. A sequence such as above, or the one where Nand goes to a prostitute to lose his virginity only to discover that ‘she’ is a transgender, is done not to shock us or sensationalize the subject of sexual objectification. The theme of student-fantasy and the impact a beautiful sophisticated woman has on the small town, is captured with ease fluency warmth and humour.

Writer Shantanu Shrivastava and director Nikhil Bhat never forego the basic dignity and grace of the characters even when their libido is doing all the talking. There is a sequence where Nand and his father (the ever-dependable Chittaranjan Tripathy) argue outside the teacher’s door about wasting time and money on tuition. The minute she opens the door the father is putty in the teacher’s hand.

Interestingly the writer invents a saucy doppelganger for Shanoo, a tawaif from the past ‘Rasbhari’ who is so unabashed in her sexual advances she makes the pleasure of verbal intercourse sound like sexual intercourse. Swara is equally adept playing both the parts making sure not to go overboard with the sexual suggestions in either avatar.

The writing goes a long way in controlling the film’s titillating flavour from going out of control. Though at times the plot tends to get somewhat bloated with self-importance(check out the film’s unspoken critique against moral policing) Rasbhari is remarkably tempered in tone avoiding an aggressive style of storytelling to let the characters grow with the flow.

What comes across strongly is the woman’s right to be what she is, to wear what she wants and go where her heart takes her without slotting her as a slut. There are brief pre-credit flashbacks into Shanoo’s childhood where her brother is shown to be instinctively favoured by her parents. Somewhere the rebellious streak in a woman is shown to colour not the woman’s life but the lives of those she touches. 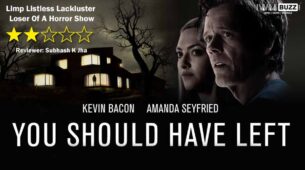 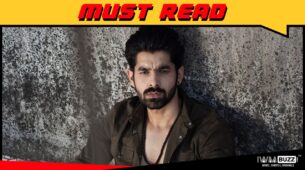