Review of To All The The Boys, PS I Still Love You (Netflix): PS, I Still Don’t Get It | IWMBuzz
Subscribe Now
Digital | Editorial

Subhash K Jha reviews Netflix series drama To All The Boys, PS I Still Love You 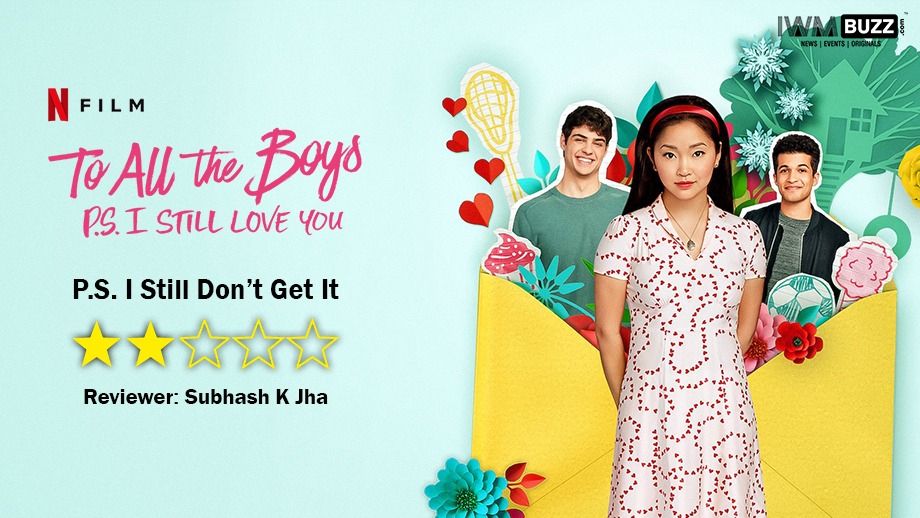 Date movies are not for me. Or my generation of moviegoers. Wait. That sounds wrong. It’s like saying, movies about serial killing or racism is not about me, because I don’t do it. To The Boys….etc is unbearable in spite of being a worthy and befitting entry into the genre of date movies.

Why? You ask. Because it endorses and dignifies trivial pursuits to the point where being excluded from the spectrum of silliness seems like a pompous act of party-crashing. Hence I genuinely feel those who liked high school romances like Grease and the first part of To All The Boys (released in 2018) to dive right into the deep end of To All The Boys, PS I Still Love You. (By the time you say the title the chirpy young cast would move to the third film in the series).

Did I say to dive in the deep end? Oh, I’m sorry. There is no deep end in this film. It’s about shallow pursuits. Courtship and other flimsy conflicts with some well-contoured acting by Lana Condor whose scene-stealing baby sister is as annoying as my brother used to be when we were kids.

So yeah, there is a kind of very distant relatability about the surface-level conflicts in Lara Jean’s life as she must choose between the eminently eligible Peter (Noah Centineo who has good screen presence but does too much acting in every frame, like Sara Ali Khan) and the equally eligible if comparatively nerdy John (Jordan Fisher).

That’s it! That’s the main-idhar-jaaon-ya-udhar-jaaon plot sprinkled with an easy-on-the-ears music score and an easy-on-the-eyes cast. I can’t say I didn’t enjoy watching Lara Jean swing from one love interest to the other. But I didn’t hold my breath to see which of the two suitors eventually suit her purposes the best.

Director Michael Fimognari is better as a cinematographer than a director. He makes the frames look young yet graceful. There is room for one major senior character, a feisty woman at an old folks’ home played by Holland Taylor who gives Lara Jean love gyan. The narrative is eventually pro-banality with attempts at something deeper, like a poem by Edgar Allen Poe, slipping in to remind us that in this day and age of Google-Insta, even the biggest twerp can seem like a scholar. This film avoids the pitfall of over-reaching. It doesn’t try to be anything except what it is. A decent restrained warm and comforting date film. Nothing more.