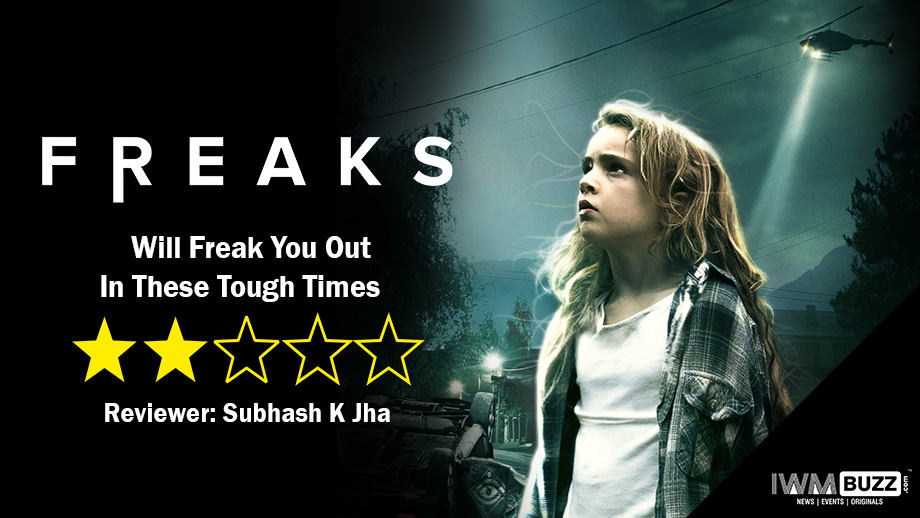 Directed by written and directed by Zach Lipovsky and Adam Stein

In this prolonged period of quarantine the last thing I wanted to see was a dark horror-drama simmering with a deadly dose discontent, about a 7-year old girl who is locked away from the outside world by her father.No, he is not a sadist. Just a cautionist.

Lexi Kolker as the disoriented defiant doomed little fighter delivers a memorable performance. This little fireball of talent will one day explode in Hollywood as a major force. Kolker fights a losing battle. The plot is way too weighed down by its sense of self-wonderment, constantly seeking to suck us into the threatened lives of the daughter and father who are hermetically sealed in a tiny shack-like residence,

The film could induce claustrophobia in those who seek sprawling spaces in their cinematic experience. Once little Chloe steps outside to be with a creepy icecream seller (Bruce Dern) who promises to rescue her(alas, no one rescues us from this dreary departure from routine horror) I began to expect the worst for the wandering daughter who may or not be hallucinating about her dead mother locked away in a closet.

Part-fable, and part-futuristic horror, it’s all a little distasteful and highly messy with the child actor being the only reason to keep watching. Lexy Kolker brings immeasurable anxiety and adult wisdom to her young character. The other actors including the seasoned Bruce Derm seem to be invested in this film only because they have nowhere else to go.

By the time the plot chugs to its apocalyptic climax with guns exploding everywhere, I had lost all interest in these godforsaken lives, known as ‘freaks’ because they can stop their adversaries in their tracks with a little concentration and willpower.

Wish someone could have stopped this dry and droopy film from regurgitating its message of doom that we don’t need right now. Thanks, but no thanks.