Review of Netflix’s Murder to Mercy: The Cyntoia Brown Story: Says Nothing About The Law or Its Casualties | IWMBuzz
Subscribe Now
Digital | Editorial 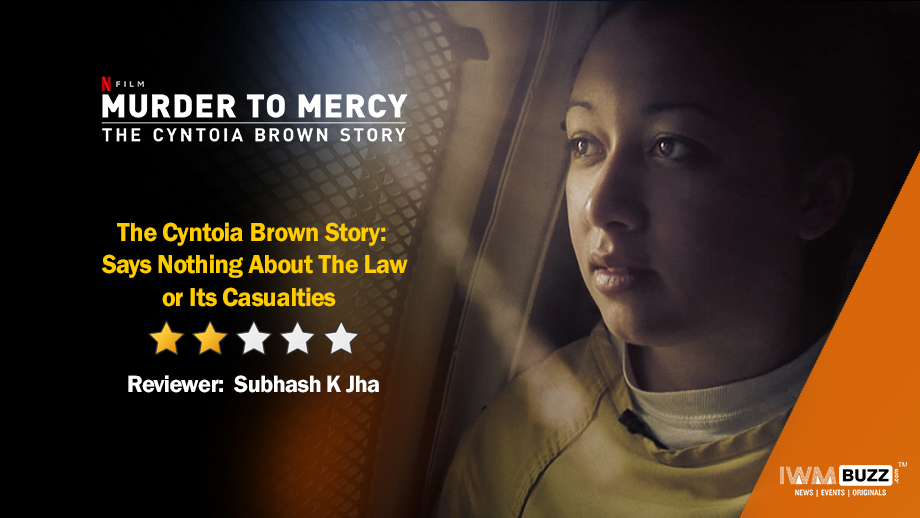 A 16-year old girl while soliciting a male client for sex, guns him down and then spends the rest of her time and ours, in this generously spaced documentary, asking the courts for mercy. A hard pill to swallow. But then the judicial system everywhere is the same. You never know when it will hammer or extol one of its victims.

Cyntoia Brown, we are told, has a history of abuse. Handled roughly in childhood she grows into her teens a drug addict and a prostitute. The real-life Cyntoia Brown talks to us though I noticed her eyes are constantly fidgety and cunning, tells us why and how she feels the way she does about her body and the judiciary’s mind. She isn’t saying she’s innocent. But hey, she is very young and the very young do make mistakes, right?

This tone of cloying clemency characterizes this not-too-good but not-so-bad profile where Cyntoia’s defence attorney gets bullish with the law demanding that she be treated as a juvenile but the American judiciary wants to try the juvenile as an adult , going by the nature of her crime. Sound fair if you consider the juvenile rapist in the Nirbhaya case. Besides, how can a mind mature enough to know her mind process, not know if what she did was murder or not?

To its credit the docu doesn’t take sides. In and out of courtrooms the tone of the storytelling remains neutral and non-judgmental allowing us to come to our own conclusions. Finally though, I didn’t know if that was a good thing. I was unable to understand if Cyntoia was really the victim of a social and legal system that favours only the empowered, or was she just a rebellious delinquent trying to assert her identity in a nameless, faceless sea of humanity?

No easy answers are provided, although the lawyers and the girl’s biological and foster mother (no Yashoda and Devaki, let me assure you) talk and talk. But really, at the end of the day, do we understand how a criminal mind works and why it should be forgiven in the first place? Or why we should waste time watching a documentary that says nothing about the law or its casualties.