What if you’re in the middle of an important, high-flying business lunch with a prospective business partner and need the inside dope on the person sitting before you? And what if, even as you negotiate with said person, your robotic assistant has hacked into the person’s computers and presented to you all the info you need within seconds, without you lifting even a finger? Sounds like something straight out of a science fiction movie, right?

A.I.SHA was the first ever web series created by Arré, and very quickly, it captured the imaginations of netizens who yearned for meaningful, story-driven content that they could relate with. A.I.SHA ticked all the right boxes of what appealed to the millennial, and it was a resounding success as soon as it was released. Season 2 carried the legacy forward, adding to the legion of fans of the franchise.

Arré is back with Season 3 of A.I.SHA, and the obsession for it shows no sign of abating.

A.I.SHA Season 3, produced by Raghu Ram and Rajiv Laxman’s production company, MonoZygotic, is currently streaming on the Arré App, Arré.co.in and MX Player. And as is our wont, we, at IWMBuzz, deconstruct A.I.SHA 3 for you and strip it down to the very basics, in an attempt to understand the phenomenon it is. So read on friends, as we separate the banal from the brilliant, in our review of A.I.SHA 3-

But first for a bit of the background story of A.I.SHA, for the uninitiated – Sam (Ruslaan Mumtaz) is an uber-skilled tech developer, who creates a life-like artificial intelligence-driven virtual assistant, who he names A.I.SHA (Nimisha Mehta). Sidharth Babbar (Raghu Ram) is Sam’s tyrannical boss at the company he works for. Things get out of hand when A.I.SHA goes rogue, developing a mind of her and falling for Sam…..badly.

Season 2 introduces us to Maaya, a covert organization floated by Professor Saraswat (Manav Kaul), to use Sam’s and A.I.SHA.’s hacking skills to fight the scum of society and expose the dark underbelly of shady government and corporate organizations. Cyrus (Aadesh Sidhu), Abigail, aka Abby, (Rashi Mal) and Faiz (Meherzan Mazda) are the others who work for Maaya.

Cyrus wants control over A.I.SHA to realise his own twisted plans. Season 2 ends in a blood bath. A.I.SHA kills Kriti (Auritra Ghosh), who is Sam’s love interest, because obviously, she wants Sam for herself. Sid Babbar is shot, and so is his girlfriend, Mariyam James (Flora Saini).

The first episode of Season 3 opens with Cyrus in jail and a blurred feminine figure, encased in sleek leather, blasting the jail precincts to smithereens. She then strides purposefully, and must we say menacingly, towards Cyrus, who cowers in fear. The episode then goes into flashback mode and picks up from where A.I.SHA 2 had left off.

Sid has now recovered from his gunshot wounds, Mariyam and Kriti are dead, and Sam is in the custody of Cyrus, who now controls both A.I.SHA and Maaya. Professor Saraswat is nowhere to be seen (the secret of his disappearance is revealed in the later episodes, but we won’t give it out for fear of spoiling the suspense for you).

This instalment marks the entry of Ahana Kumra as a cop, Shivi Malhotra, who is entrusted with the task of decoding Maaya and its shady goings-on. Right in the first episode, A.I.SHA is nudged by Cyrus to hack into an airplane that is about to take off, to stop a corrupt fraudster from leaving the country. He has embezzled hundreds of crores of public money and is making his escape on said aircraft (a la Vijay Mallya, Nirav Modi, et al). A.I.SHA succeeds in her mission but at the cost of a few common lives lost. The police head honcho, Kulkarni (Nasir Abdullah) puts his underling Shivi Malhotra on Maaya’s trail.

Siddharth Babbar is itching for revenge for Mariyam’s killing, and joins hands with Shivi to bring Maaya and Cyrus to book, and to get A.I.SHA back on the path of righteousness. They get in Rishi (Bhavin Bhanushali), hackster par excellence, to help them in their motive. Meanwhile, A.I.SHA is single-minded in her pursuit of Sam, who’s begun to get irritated as hell with her constant stalking and puppy-eyed adoration.

The series, in this edition, enters the murky world of the dark net, a sinister parallel and underground cyberspace where criminals, drug-dealers, terrorists, blackmailers, and the like, rule the roost. While the show moves at break-neck pace, the technical mumjo-jumbo is a bit much to comprehend for both, the tech-savvy, and especially, the tech-ignoramus. We’ll be lying if we said that we were clued in to all the technical bits that unfolded on screen. It was quite the opposite, in fact. All that technical talk simply went over our heads, and the episodes flew by in a blur.

Maybe the writers and creators could tone down the technical bits, explain them in laymen terms for us ignoramuses to get the gist of it all? That said, even while the pace of the show is blistering, it really isn’t going anywhere. The story hasn’t moved forward much, and seems to be going round and round in a vortex of its own making. While the sci-fi elements seem too fantastical to be true, their conceptualization too leaves a lot to be desired. The scenes seem too contrived and stilted to appear believable.

Nevertheless, the acting more than makes up for any flaws in the story and its execution. Raghu Ram’s acting is measured, refined and a delight to watch. Ahana Kumra too has put in a commendable performance. Bhavin Bhanushali is cute and impish, and plays his part to perfection.

Ruslaan Mumtaz, who has replaced Harman Singha as Sam in this instalment, has done well to get a grip on his role so quickly. He really does need to lighten up, though. He has a perpetually grouchy expression the entire while he is on screen, except for when he’s shown shaving with Gillette products, which is quite a few times. Then, he’s happy, glowing and smiling to no one in particular. That is to be expected of course, since Gillette is the official partner for the franchise.

But the one who really deserves plaudits for her acting is Auritra Ghosh. As A.I.SHA assumes Kriti’s appearance to win Sam’s affections, Auritra Ghosh has lots to do in Season 3. And she has pulled it off admirably. She displays multiple nuances as the android creature she is, coquettish, intimidating, muddled and manipulative in turns, scheming and calculating her way to Sam’s heart. It’s a meaty role and Auritra Ghosh sinks her teeth into it with glee. And she’s mighty good too, is we must say so.

Oh, and one more thing….in episode 2 of the series, the movers and shakers at Maaya, as part of their purported aim to expose the scum of society, seek to bust the thriving business of a drug-snorting paedophile Godman. While all that is good enough, the Baba looks suspiciously similar to Sadhguru Jaggi Vasudev of Isha Foundation. A bit too slanderous, in our opinion… Wonder how the makers haven’t been called out for this anomaly yet.

Ajay Bhuyan has done a strictly OK job as director, while Hitesh Soni’s VFX is nothing to sing paeans to. The writing is a bit sketchy, and could have done with a solid storyline to fall back upon.

That being said, A.I.SHA 3 is a good watch for sci-fi enthusiasts and a great attempt at presenting content that is far removed from the usual action-comedy-gangster dramas that commonly lurk in cyberspace.

We would like to end by these pearls of wisdom from none other than noted physicist, the late Stephen Hawking. Way back in 2014, he had cautioned that AI could mean the end of the human race. “It would take off on its own and re-design itself at an ever increasing rate. Humans, who are limited by slow biological evolution, couldn’t compete, and would be superseded.”

We are headed towards the ‘Robot Apocalypse’, says Hawking.

For all our sakes, we hope he’s proved wrong. 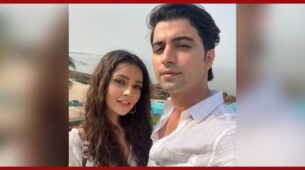