Ramman Handa talks about Natak Entertainment’s short film Karma and the amazing response he has got.. 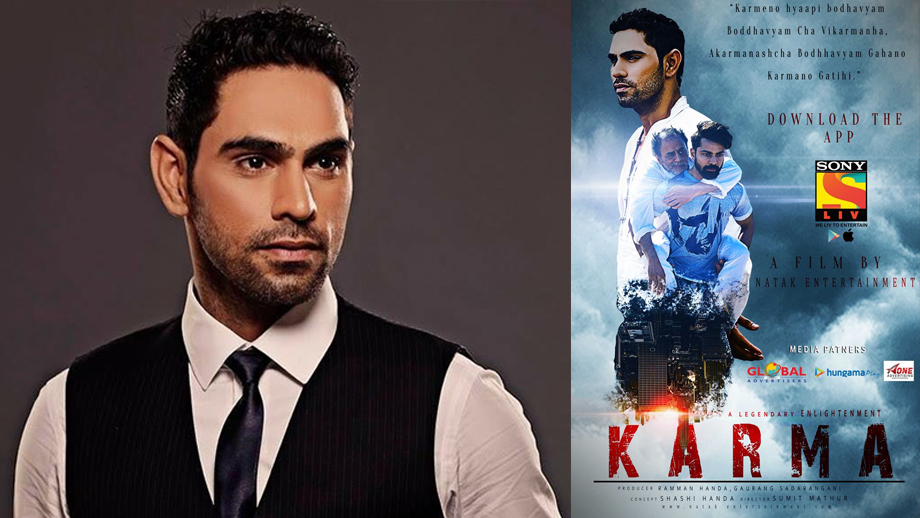 Ramman Handa is very emotional and satisfied with the heart-warming response that he has got for his maiden venture for the digital platform, Karma – A Legendary Enlightenment. The short film has been produced under the banner Natak Entertainment by Ramman Handa and Gaurav Sadarangani. The concept has been written by Ramman’s mother, Shashi Handa. The short film streamed recently on Sony Liv and Hungama Play.

Talking about the journey of making Karma, Ramman talks exclusively to IndianWikiMedia.com. “The journey was quite nice. It was interesting. There was enthusiasm all over as this was our first project under Natak Entertainment. The toughest part was when Shravan (Reddy) had to go nude for the film. The challenge here was that we did not want to make it look cheap; we wanted to shoot it the way we wanted. Touch wood, it has come out so well. It looks classy also.”

Ask him about the need for the lead actor in the short to go nude and Ramman explains at length, “It was required and was a very important scene in the film. See, when the boy takes the toughest decision of killing his own father, we needed to show his mental state. When the mental state becomes zero, and you reach that point where Karma hits you, you will actually be in the state when you were born. You are in a state where you have no power of thinking; you don’t wear clothes; you don’t know what is happening. In simple words, Karma is such that he will take your clothes also away. We wanted to signify the fact that Karma will not spare and forgive anyone.”

Talking more on Karma, Ramman states, “Karma is what you are doing now. People say you can design your destiny; you can write your future. So the deeds you are doing today will help you to design your future. The old man in our short has done such grave deeds in his past that he has designed a death like this for himself. This is a strong message that we have come out with. The story has been taken from Bhagavadgita, Chapter No 4, Verse no 17. Whatever you are doing today will come in front of you tomorrow.”

This short film was very special to Ramman as the story has been penned by his mother, Shashi Handa. “My mother is not a professional; she is a housewife. She never expected it to come out like this. This is my gift to my mother. She was in tears and she feels proud. I have revived her is what I can say.”

The short film has gone to 16 different Film Festivals. “Yes, that has been a good achievement and we will look forward to what happens.”

Talking about Vineet Raina’s poem and narration in the short film, Ramman explains, “The poetry narrated in the film has been written by Vineet Raina. He has only recited it and it has come out so wonderfully. Vineet is creatively involved along with Sachin Gupta the music director.”

On the actors, Ramman quips, “Shravan was fantastic; he would not talk to anyone on the set and would want to get into the skin of his character. Tanvi Malpekar’s role was little less, but she did a tremendous job. Pankaj Berry who plays the father was also working silently on his character. He would lie down for long hours, just to see how it would look. He does not have a single dialogue in the film, but what a performance he has given!! His facial expressions are so superb.”

On the future plans of Natak Entertainment, he says, “We have shot the web-series Raah De Maa, in which Radhe Maa has acted. We are working on the distribution part right now. This is of a comedy genre and comes with a strong message of people living their lives as per other person’s thinking process. My music album is also going to come out. I have acted in it and produced it too. Sachin Gupta is the Music Director.”

Getting back to the short film Karma, Ramman specifies that the film has been given an open ending for a reason. “We have given it an open ending so that audience can think about what our protagonist (Shravan) has done.  The possibility of a Season 2 can also happen.”

Ramman, keep up the good job!!