Let’s see who is the no 1 YouTuber of India, Beer Biceps or Ashish Chanchlani With the rise of YouTube in India, we have sincerely found so many grand YouTubers to date. And talking of Indian YouTube scenes, some names always crop in our mind, two of such are Ashish Chanchlani and Beer Biceps. Both are well-known YouTubers and are extremely adored by the millennials of the country.

Ranveer Allahbadia also is known as Beer Biceps is a well-known social media influencer, he is a famous YouTuber, whose channel deals with fitness videos and diet. Ranveer joined YouTube back in December 2014 and has reached 2.58million subscribers till date. Ranveer came to notice of the viewers after his grand transformation, that is his weight loss journey, he lost quite of a pound and now is the most adored hunk on the Internet. And he inspired so many people struggling with weight loss, he came out with different workout and diet plan on YouTube to help out fellow fitness enthusiasts. His other social media profiles are also flooded with millions of followers and supporters, he is incredibly hard-working, and very down to earth. We wish him all the best!

Now, who is No.1? Well, what do you think? Check the videos down beneath and let us know in the comments section below! 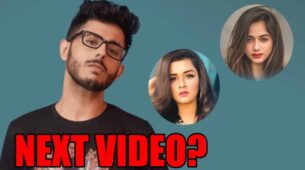