TikTok has become more of a battlefield than a social media platform. So, let’s get another head to head challenge underway. Shivangi Joshi V/S Avneet Kaur. Who’ll rise victorious? 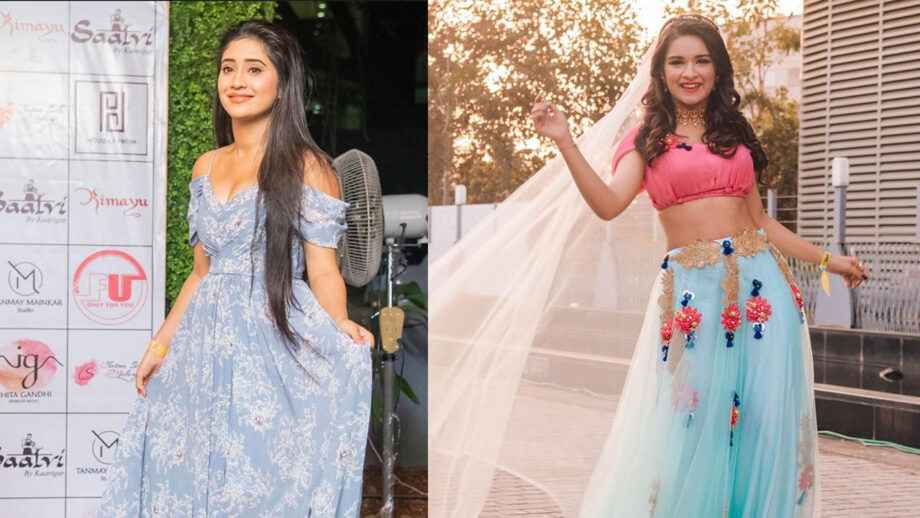 Shivangi Joshi is one of the best actresses that the telly world has ever known. The star was loved ever since she first appeared on screen. She is now seen playing the role of Naira on the show Yeh Rishta Kya Kehlata Hai. The actress is loved for her amazing smile, twinkling eyes and amazing acting skills. She is also known to be warm and welcoming towards her fans which we all love. But, of late she has made herself available to most of the social media.

She first burst onto the scene as a dancer on the show ‘D.I.D. Lil’ Champs’ and then the only way was up, slowly making a name for herself as an actress and performing in shows like Meri Maa and Aladdin – Naam Toh Suna Hoga, to name a few. She even got great acclaim for her performance in the popular drama, Mardaani. But, of late, she has made a name for herself as a Youtuber and TikTok star. Avneet has morphed into a big time superstar as far as social media life goes. She is extremely active on Instagram, Twitter and TikTok, where she is constantly uploading something or the other.

Who is the best among the two? Let us know in the comment box below.