Sacred Games has been on the hype, since the day it got released. Both the seasons have gotten immense popularity from its viewers. Moreover, it has kept the audience engaging and be a part of the series themselves.

But talking of Sacred Games, two characters have been our centre of the attraction, Sartaj Singh and Ganesh Gaitonde, both the characters are extremely brave and interesting to discuss. We were thrilled by their encounter over the phone, though we’re not expecting that they will never be able to meet in person.

As of now, we are reminiscing Sartaj Singh aka Saif Ali Khan’s powerful dialogues that have not only made us engaged with the series but also motivated in our real life. We have lined up some of her best powerful dialogues down beneath, check them out and let us know if it has inspired you as well. 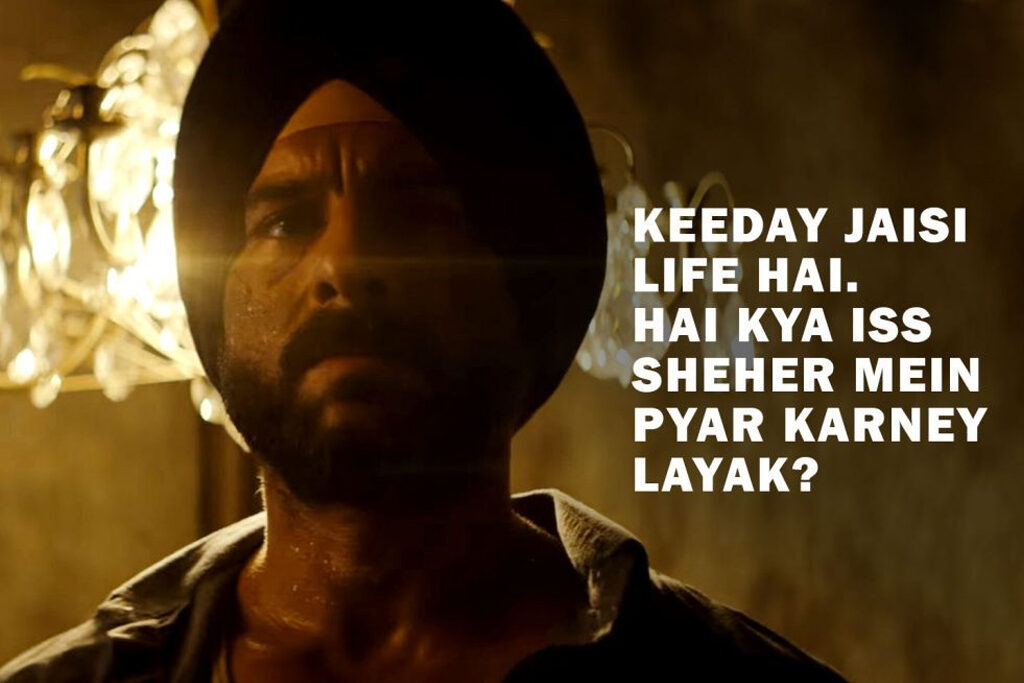