In conversation with Swara Bhaskar “It’s not just me. There were others like Kunal Kamra. No sane person can endorse this kind of vile filthy rape culture in the garb of respecting a political leader,” says Swara angrily.

In Swara’s opinion, Ms Joshua had not insulted the Maharashtrian political leader at all. “If you look at the offending video she has not said anything about Chatrapati Shivaji Maharajji. The joke on obsessive devotees arguing about a statue being put up in the Arabian sea. And even if the joke is offensive to some, there’s a civil legal way of dealing with it. Going on a filthy rampage against the comedian threatening her with gangrape …this a symptom of the culture of sickening intimidation that has taken over social media. It must stop!”

What worried Swara is the support that such porn-moralists get. “If you go to the comments section of Shubham Mishra’s Instagram account there are so many people who approve of his behaviour, so many still spewing filthy hatred at Agrima, who, by the way, was standing in for a colleague on stage in a café when that show with the offending joke happened.”

The hater has now retracted, taken down his offending video and issued an apology.

Aska Swara, “What kind of an apology is that?? He says never threatened anyone with rape? Are we looking at a culture of minds so criminal they would have the world believe they are innocent victims?’

Swara feels the culture of perverse intimidation has been normalized through the support it gets from certain section. “It is important to acknowledge that abuse in the name of political and religious righteousness is being normalized in our country. This must stop.”

Swara’s new web series Rashbhari faced the wrath of a section of the netizens who habitually oppose her political ideology. Does she think her activism will affect her film career?

“I hope not!” she shoots back. “I can’t be silenced by aggressive trolls who feel it is their birthright to threaten women with rape if they don’t comply with the so-called normal rules of public conduct.”

Also Read:Rasbhari is a tribute to that feeling of idolizing/lusting after a teacher: Swara Bhaskar 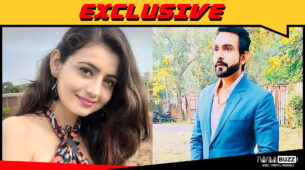