Which House Of Shah Rukh Khan Did You Like The Most? One From Dubai Vs London Vs India? | IWMBuzz
Movies | Celebrities

Check out SRK's pride and joy, his mansion in Dubai, London, and India, and which one is your favourite?

Shah Rukh Khan has come a long way since he first began his journey as an actor. Now he is one of the most recognised Bollywood actors in India as well as internationally. And with fame and money SRK has been living a life of extravagance(that he has rightly earned)! Over the years he has built and bought some beautiful and extravagant homes. Here’s a list of three of the most extravagant homes he owns.

SRK collected all the things he loved over the span of his life and built his Bandra Home, named Mannat, originally Vienna Villa. This sea-facing home of theirs is probably the closest to their hearts. The 6 story house of 26,328.52 sq. ft could approximately be pegged at a whopping ₹ 113.21 crores. The stylish mansion is designed with neo-classical elements such as the elegant tall columns at the entrance, as well as modern interiors. Not only does it have 6 rooms but also a library, private bar, a theater, gym, studio and entrie extended wing housing a lounge area for special occasions.

Other than the many villas and homes they own in India, SRK also has a home in one of the biggest artificial archipelago, Palm Jumeirah, Dubai. The villa is 8,500 sq. ft. and cost somewhere around Rs. 18 crores. This two story holiday home has a private pool, and is connected to a private beach that let’s the family enjoy different water sports as well as deep sea fishing and shopping at Jumeirah. Both these houses’ interiors were decorated with the help of Gauri Khan herself!

They also own a and extravagant and pricy apartment in Central London, Park Lane. He bought this property in 2009 priced at Rs 172 crores.

Which home do you think is the most impressive and extravagant? 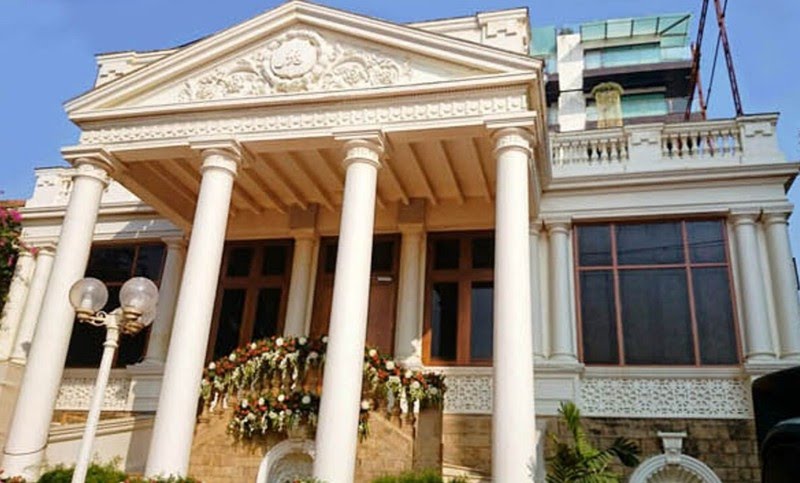 WOW: Did you Know Shah Rukh Khan Once Drove the Maruti Omni Van Before Becoming A Superstar? Know Full Story

May Allah shower each one of us with health: Shah Rukh Khan has a special heartwarming 'Eid' message for fans