Lady Gaga’s net worth will make you go crazy. She owns really expensive kinds of stuff that are beyond imagination to be brought. Have a read! Stefani Joanne Angelina Germanotta, popularly known as Lady Gaga has ruled the world with her marvelous voice. She has received a lot of fame and love from her fans since she dropped Poker Face (2008) in the market. But other than gaining fame and grabbing many prestigious awards, the singer has earned a lot of money in her lifetime.

Gaga is one of the highest-paid and popular celebrities of Hollywood. Her estimated net worth is around $275 million. The has earned a huge sum with her successful albums, concerts, shows and many more. She earned $125 million in 2012 by her Born This Way concert tour and $227 million by her Monster Ball tour in 2009. The millionaire owns some crazy and expensive things that can blow your mind. She owns a personalized Private 757 which costs around $65 million dollars. She has her mansion is California, an apartment in New York, and owns a Malibu estate. She also has a pink Diamond iPad and several expensive cars like Rolls-Royce Corniche III, Chevrolet Suburban, Lincoln Mkz.

Undoubtedly is one of the richest stars of Hollywood. Whatever she is today, it’s because of her hard work. And, her bank balance proves it well. 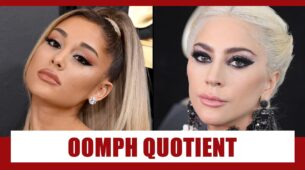 From Music to Fashion: Everything Unique About Lady Gaga