Review of the Batla House movie In 2008, when the real Batla House encounter incident happened, a lot had been said and done regarding the Delhi high profile cop, Sanjay Kumar Yadav. From allegations of afake encounter, which has been a common phenomenon in the Indian crime scene, to slogans like ‘Rakshak bane bhakshak’, everything was said and the only people at the receiving end were the cops who had been behind this thrilling encounter.

The movie starts with an emotional scene which establishes ACP Sanjay Kumar as the true blue protagonist for whom the country comes ahead of his wife Nandita, played by Mrunal Thakur. The starting of the plot is chilling, as one sees ACP Sanjay Kumar leaving for the all important L 18, Batla House encounter to get the heads of the ‘Indian Mujahideen’ terrorists. The mission is partially successful as although most of the terrorists are gunned down, two manage to escape.

However, the neighbors in the area and a big section of the media is hell bent when it comes to establishing that they were innocent students of Okhla University who were killed and not terrorists, and it’s an action taken forcibly because of the apparent preasure given by the Delhi Government and the people, due to the 13 serial blasts that had happened in a span of one year. The world seems to go against the Special Cell, thinking that they are ‘murderers’ hiding behind the ‘khakee’.

However, ACP Sanjay is convinced about the fact that he is right and is confident about establishing the truth at any cost, even if that be at the cost of bending law to an extent to get things right. The climax unfolds into showing the struggle as to how ACP Sanjay and his team finally prove themselves innocent and the fact that it was a genuine encounter that had taken place and not a staged one. The climax is extremely gripping and one must see the movie in order to understand the real story of a man, which needed to be told to the people.

IWMBuzz Verdict: ‘Batla House’ as a movie definitely stands up to its expectations, and it definitely gives you a chilly feeling when you understand what Indian Police officials have to go through for the sake of their ‘duty’. The story was definitely in the public domain for long, but to creatively tell an already told story keeping the facts and accuracy intact is something director Nikkhil Advani should be given credit for. The direction is genuinely nice, and there’s not a single dull moment in the movie. The second half is definitely better than even the first half and it will surely help in invoking the sense of nationalism and patriotism, and it being an Independence Day release, there’s nothing better the movie could have asked for. The only negative is that the presence of Nora Fatehi looked a little forced as the director wanted to feed in more of her to the audience than just ‘O Saaki Saaki’. So there’s a bit of playing around with facts there, but overall, it stands tall when it comes to establishing the reality of the crucial encounter. John Abraham as ACP Sanjay Kumar Yadav is definitely convincing and his pairing with Mrunal Thakur has given the film the edge and the ‘X Factor’ that is needed when it comes to chemistry. Overall, a must watch and especially if you are into thrillers and real-life based movies. Nora Fatehi or Disha Patani: Who is the sexiest face of Bollywood? 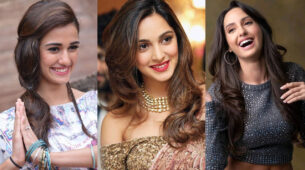