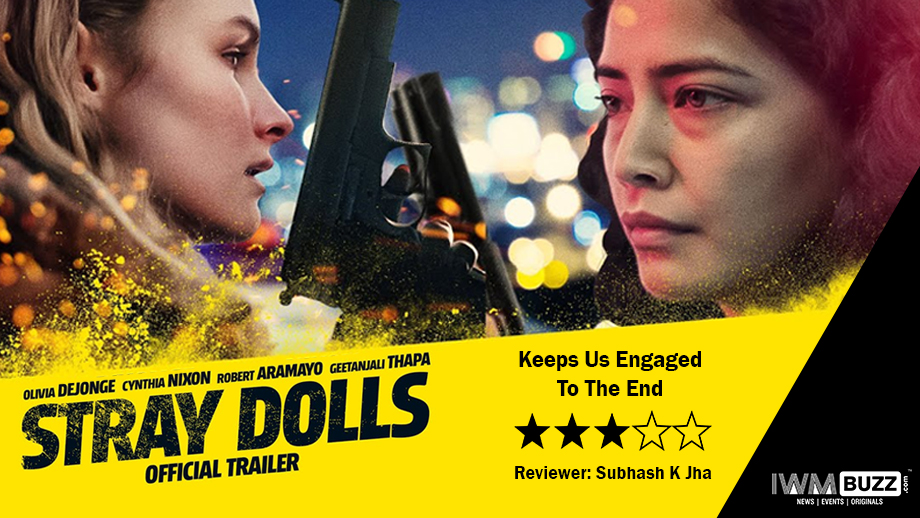 This American film caught my attention for the kind of prominence Indians have in the cast. It is directed by an Indian Sonjuhi Sinha who is an acclaimed documentary director. This is her first feature film. I can’t say I am entirely bowled over by the sassy narrative. But yes, to have a female director at the helm of the film featuring two female protagonists, one of them an Indian, is a big deal for us.

I don’t think any Indian actor has played the main lead in an American film.

So a big hand for the National award-winning actress Gitanjali Thapa. She was brilliant in Geetu Mohandas’s Liars Dice and Onir’s Kuch Bheege Alfaaz. Both films need to be seen by a wider audience. Sadly for MsThapa Stray Dolls to couldn’t get the April release it was meant to and has gone straight to DVD which is in a way, a good thing. More people will watch Thapa’s rousing performance as an Indian migrant in an American suburban town who gets into bad company and does everything that the upright girl in Liars Dice would have never done.

While the film is heavy on atmospherics and derives great pleasure in paying a homage to the directors who deify darkness like Guy Ritchie and Quentin Tarantino, the plot is way too determined to celebrate badass behaviour to let the characters grow naturally.

It’s a pleasure to see Ms Thapa and her equally seductive co-star Olivia deJonge rock the gender boat by reminding us that girls can do everything that boys can, and then some more. After a while, the ceaseless sassiness begins to get to you. It almost becomes like a permanent mask that the film and its female heroes wear to fob off reality. The narrative is hung over with defiant energy, oozing toxically into every frame.

At some point towards the end when the two young ladies have tried everything from cocaine to murder to lesbian love-making, they decide to don blonde wigs in a grotesque parody of the trigger-happy-bombshell stereotype. I doubt the script is equipped for self-parody. As a straightforward rather self-conscious homage to sociopathic adventurism Stray Dolls just about keeps us engaged to the end. The motel setting and the very accomplished Cynthia Dixon as the proprietor brings a certain renewable energy to what is a otherwise an over-familiar story of two rebellious young ladies who were spared the rod when they were children and are now making up for the lost time.