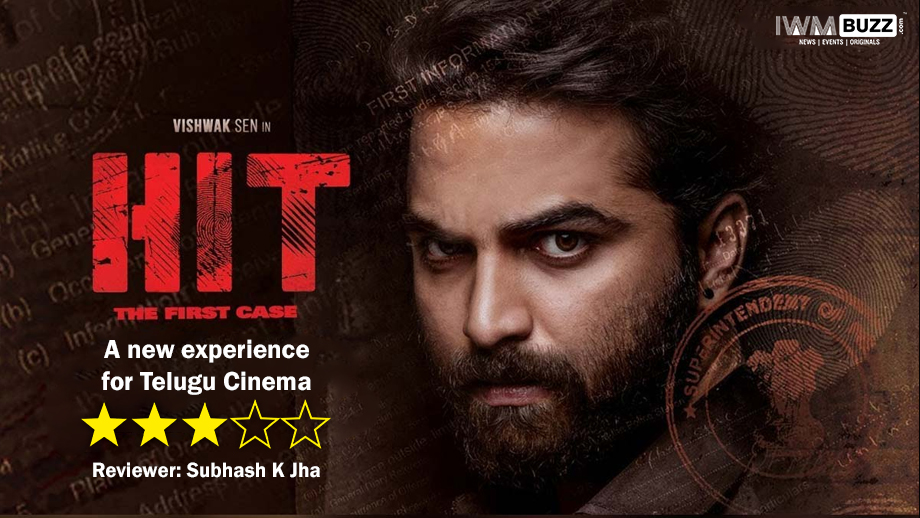 Suspense thrillers are frequently let down at the end. Sure enough, the denouement in HIT (a prophetic title, since the film is a success) hit me as disappointing. The languorous, lazy way the mystery unravels left a strange aftertaste of something missing.

Missing girls are the key to the dark, noire-ish thriller which aspires to be something above the run-of-the-mill thrillers in Indian cinema. The last one I saw was The Body in Hindi, and it was as thrilling as molar surgery, and that too an unoriginal script.

Hit is original and it never lets us forget that it comes from a place of relative ingenuity. The hero is a troubled, borderline depressive, investigative cop Vikram (played by a brooding Vishwak Sen who lets his beard do most of the talking) battling with trauma in his past. His girlfriend Neha (Ruhani Sharma) has been kidnapped. Vikram is not allowed to investigate the case until another girl disappears. He can then jump in and go for the jugular. Sorry to say there is nothing so imminent about the investigation.No one seems to be in a hurry to solve the case.

The plot, a simmering mound of red-herrings, keeps teasing the audiences’ responses in the hope of catching us unawares in the end. But there are way too many dead-end explanatory excursions, and for a serial-killer thriller, there’s too little body count and too little of what would be deemed genuine thrills.

Most of the narrative plays out in a tranquil, unhurried tone with the frenetic background score persuading us to believe that there is more to the conflict than meets the eye.

Sadly for a dark thriller, the pace is way too uneven, though luckily we are spared the usual digressions such as a comic subplot and frequent song breaks. Not even an item song in a smoky tension-filled club! Slow clap. Also, the cop hero’s partner in this film is not a comic sidekick. He has anger issues of his own to deal with.

The sobriety of mood goes a long way in lending the narration a surcharged atmosphere. If only the endgame was more convincing! Come to think of it, I am yet to see a whodunit in Indian cinema which doesn’t end in a whimper. Hit averts being a complete letdown by a hair’s breadth. What keeps us watching is the no-nonsense mood and a determination to shed all the perks and plumes of traditional Telugu cinema. The hero is no Jake Gittes from Roman Polanski’s Chinatown. But if you aim low, Hit delivers the punches in places.