Kareena Kapoor, back then without the Khan, was a very special person in my life. She still is. But for her I am now the past. Which is fine.We all have our own priorities and perceptions in life. I knew her when she was far more spontaneous and interesting, always eager to share her thoughts with me on movie offers and potential boyfriends, willing to listen when I advised her, impetuous in her attitude but with a heart of gold.

And the stunning beauty on screen. I have never seen a debut quite like hers.

After she exploded in Refugee I thought Kareena was the next great actress of Bollywood after Sridevi and Tabu. She didn’t quite live up to those expectations. But her rare blend of ethereality and effervescence was unmistakable.

Our first meeting at the Mumbai airport is still vividly etched in my mind. Kareena had come to receive me along with my dear friend Sanjay Bhansali. She virtually ran across the exit-entry space with a bunch of lovely yellow flowers as a gargantuan gauntlet of fans(HER fans) stared open-mouthed wondering who was this stranger whom the KAREENA KAPOOR was meeting so warmly.

I remember the great Khushwant Singh once telling me that he had travelled with Shabana Azmi Mumbai to Delhi. On reaching Delhi airport he requested Shabana to carry his mini suitcase so that he could brag about how he made Shabana Azmi carry his luggage.

That afternoon at the airport I felt something similar. It’s a golden moment of my life, uneroded by aspersions that were cast on Kareena’s exuberance by someone very close to her sister who shocked me by saying every relationship that the sisters nurture is an “investment”.

I was happy to be invested in while it lasted. When you win Kareena’s confidence she really lets go. Whenever I was in Mumbai Kareena was my unofficial hostess. I’d have engaging lunches with Kareena and her mother.I remember Kareena flying back from a shooting schedule in Canada to be in Mumbai in time for one of my visits leaving producer Boney Kapoor swearing to burn the film in front of her house . I remember her taking my then-12-year-old daughter shopping, with the arcade blocked off for her entourage.

Kareena was capable of warm spontaneous gestures. When she got to know that my daughter had travelled to Mumbai with me for the first time, Kareena offered to look after her and even offered to comb her hair! Once she brought Shahid Kapoor to the Marriott to meet me. “Did you like him?” she asked after the meeting ended(for the record, I did).

I don’t know where my mentor-cum-friend role with Kareena ended. After she started dating Saif Ali Khan she began to act wary and distanced herself. It was all a bit strange to me. I couldn’t understand why a relationship so indelible could not be freed from professional interests. Kareena was never a source of stories for me. I still look at her life with the same protective gaze as I did earlier. The difference is, it doesn’t matter to her any longer.

In Bollywood parlance, it’s called moving on. Happy Birthday, Golden Girl. You still dazzle at 40 with the same radiance that you exuded when you were 20. 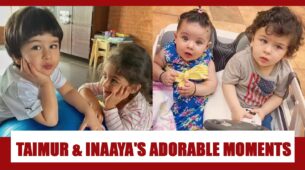 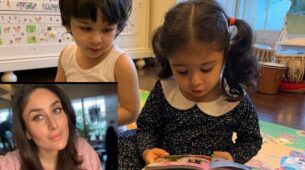