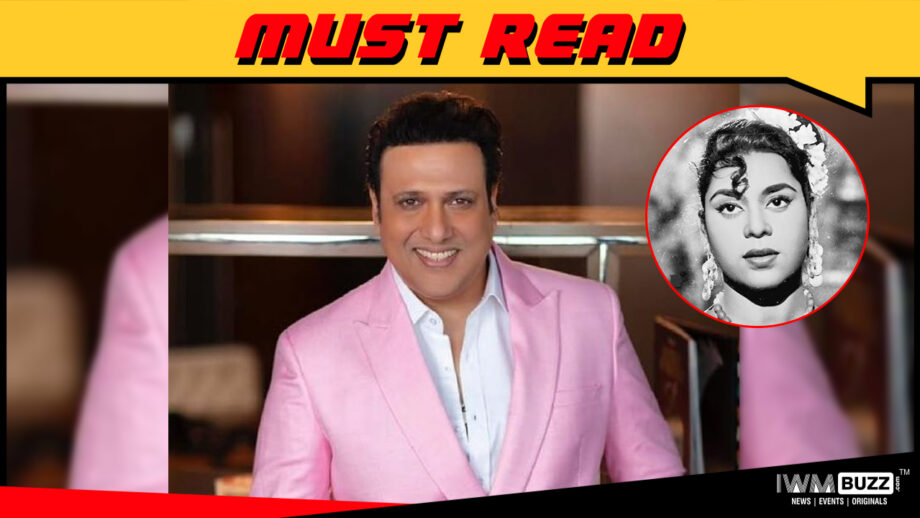 Kumkum who passed away on 28 July, may have been out of the rat race in her later years. But during her heydays, she made a mark with her lightning dance movements in the Dilip Kumar starrer Kohinoor where she danced to Madhuban mein radhika nache re as Dilip Saab played the Sitar.

In 1963 she starred in the first Bhojpuri film Ganga Maiyya Tohe Piyari Chadhaibo with Sujit Kumar which broke records.

Her close association with producer Ramanand Sagar resulted in her pivotal presence in Sagars’ Aankhen, Lalkaar, Geet and Jalte Badan , which was made specially to boost Kumkum’s career as a leading lady. But somehow Kumkum never acquired the status of a leading lady. Her last memorable role was in a film named Aan Baan where she gave a poignant performance Pran’s mistress and won a supporting-actress award.

In her later years Kumkum became a recluse. However, she maintained close relations with Govinda who was like a son to her. Govinda’s own mother Nirmala Devi was Kumkum’s half-sister and Govinda had once told me that Kumkum had fed him mother’s milk when he was an infant.

Kumkum’s other connection with the film industry was filmmaker Ashutosh Gowariker. Gowariker in fact lives in a bungalow once owned by Kumkum. It is still called Kumkum Villa. Kumkum’s daughter Andaleeb Khan played a small part in Gowariker’s Jodhaa Akbar.